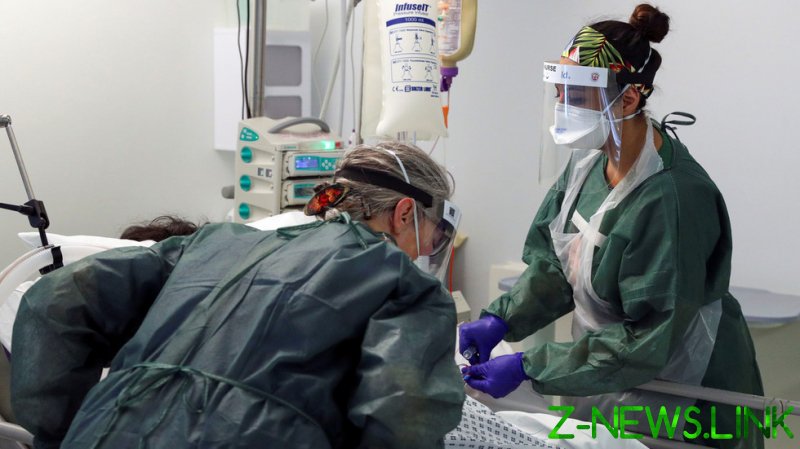 For months, the UK authorities have been praising the efforts of the NHS in the battle with the coronavirus. Prime Minister Boris Johnson had called the medics “fantastic” and insisted that they must be “paid properly,” while Health Secretary Matt Hancock promised to “fight” for that “fair reward.”

So, when the proposed pay rise of just one percent was announced this week it became a major shock for the British health sector, especially for such low paid workers as the nurses.

“After the pandemic, the NHS staff are angry; they are demoralized, they are tired and, I think, they lost faith in the government,” Siobhan Aston, nurse and NHS pay parity campaigner, said.

Offering the medics such an insignificant raise was a blunder on the part of the UK authorities that they “may come to regret now,” Aston warned.

She fully supported the nursing unions, which threatened a strike over the announcement and already set up a £35 million fund to support industrial action.

The sum proposed by the government isn’t even close to matching the actual contribution of the NHS, the nurse claimed. A raise of 15 percent would be a fair one as it covers for all the losses suffered by her colleagues during a decade of austerity in the UK, she added.

On Friday, Hancock tried defending the amount of the pay increase, saying that one percent was “what we think is affordable” in the harsh economic situation caused by the pandemic in Britain.

He again pointed to the fact that the medics were the only ones to be exempted from the freeze on the public sector, which would see some 1.3 million staff – including teachers, military, police and firefighters – not getting any raise at all this year.

But Aston advised the health secretary to be “careful” with statements that “pit public sector workers… against each other.”

“I don’t know anyone in the NHS, who would say that any other public sector area doesn’t deserve a raise for their effort in the pandemic,” she said.

Medical workers and nurses, in particular, have been “literally saving lives, keeping the country running through this period,” so they had every right to ask for better pay from the government, Luke Hildyard, the head of the British High Pay Center, told RT.

“UK is a wealthy nation” and making “a more generous offer” to the NHS was far from an impossible task for Downing Street, he pointed out.

“It’s not hard to find examples of how a better, more competent government administration or a fairer taxation system could find the money” for such purposes, the economic equality campaigner said.