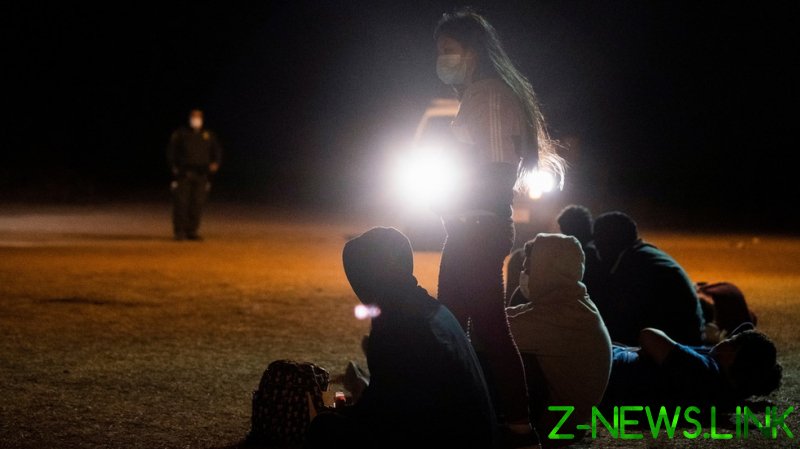 “Children at this facility are being sexually assaulted,” Abbott told reporters on Wednesday evening, outside the Freeman Coliseum in San Antonio. Moreover, complaints received by two state agencies earlier in the day also said some children weren’t being adequately fed, there wasn’t enough staff to oversee them, and that those with Covid-19 weren’t separated from the healthy ones, endangering everyone.

“In short, this facility is a health and safety nightmare,” Abbott said.

The state Health and Human Services commission and Department of Family and Protective Services separately received tips about the facility earlier in the day, and Abbott has instructed the Department of Public Safety and the Texas Rangers to begin investigating them right away.

“These problems are a byproduct of President Biden’s open border policies and the lack of planning for the fallout” of those policies, the governor said. “The Biden administration is now presiding over the abuse of children.”

He called on the White House to “immediately” close down the facility and move the children to federally run facilities with enough “space, personnel and resources to ensure their safety.”

President Joe Biden has tried to dismiss the record number of migrants and unaccompanied minors crossing the US border illegally as a seasonal thing that had nothing to do with his revocation of his predecessor’s strict border enforcement rules, migrants themselves have told reporters they hoped to get legal status in the US and some even wore T-shirts that said ‘Biden please let us in.’

Abbott, a Republican, blasted the Democrat administration for opening the borders and failing to plan for the influx of children “that they invited to come.”

“The Biden administration caused this crisis, and has repeatedly failed to address it,” he said. “This must end.”

Abbott said it wasn’t clear how many children had been sexually assaulted, but that the authorities were concerned it could have been more than one. He called the allegations “very credible” and coming from more than one person who had been inside the facility, but could not give any more details.

Last month, the Biden administration solicited federal agencies for some 1,000 volunteers to be sent to Texas and California and help care for more than 19,000 unaccompanied minors apprehended along the border so far this year.

On Tuesday, someone at NASA shared an email calling for volunteers among the staff of the space exploration agency, suggesting that the White House was having a rough time finding volunteers among public servants.

According to preliminary Customs and Border Patrol figures shared with Reuters last week, over 171,000 migrants were picked up along the US-Mexico border in March, the highest monthly total since 2006. An estimated 1,000 people were slipping past the border guards every day, the CBP said.