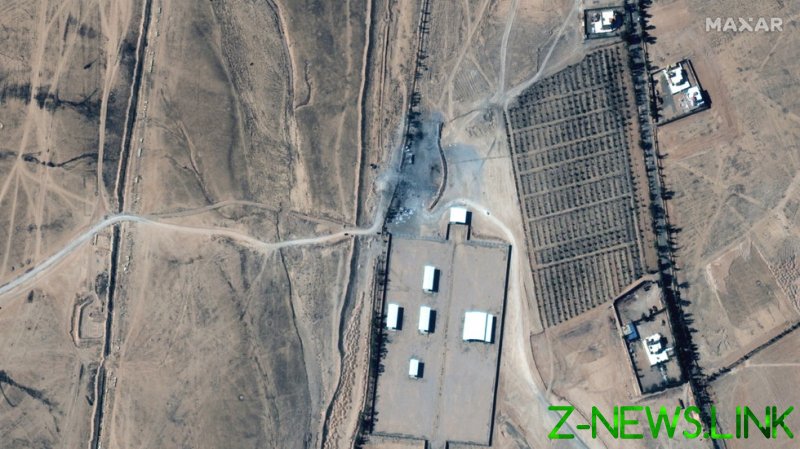 Delivered on Thursday by two F-15 fighter jets, Biden’s airstrikes knocked out several facilities the Pentagon says were used by Iranian-backed militias in Syria. The Pentagon described the strikes as “defensive” in nature, and as a response to rocket attacks on US and coalition troops in Iraq. A militia spokesman said one fighter was killed and several wounded.

CNN was ecstatic. In an article published on Friday evening, analyst Nick Patton Walsh described the attack as “minimally lethal” and “a small signal that the Biden administration is not gun-shy.” Unlike President Donald Trump’s “sledgehammer” diplomacy, the “scalpel”-like strike was a reasonable move in Biden’s efforts to bring Iran back into the 2015 nuclear deal, which Trump pulled out of in 2018.

“In the protracted effort to see who will blink first between Tehran and the Biden administration, Thursday’s strikes on Iranian-backed militia in Syria are but a tiny insect floating into both their gazes,” read a particularly florid paragraph, in an article that went on to praise Biden’s cabinet of Iran “experts” and criticize the “damage the last four years of Trump has done to faith in careful American diplomacy.”

That CNN supports Joe Biden, at least compared to Trump, is no surprise. But the liberal network seemingly has a soft spot for airstrikes as a diplomatic tool. When Trump launched his own strikes on the same militia in Syria in 2019, he received some rare praise from CNN.

Trump’s strikes were “a sensible use of force,” analyst Peter Bergen wrote at the time, in an unusual departure from the network’s usual anti-Trump hyperbole.

Earning the praise of CNN was doubly unusual as Trump’s earlier cruise missile strikes on Syria, against government targets in 2017 and 2018, were lambasted by the network. Though other anti-Trump outlets put their beefs with the former president on hold to heap praise on those strikes, CNN kept up the criticism, condemning his “lack of foresight” and even bringing on Islamic, Jewish, and Christian religious experts to condemn the strikes on moral grounds.

But double standards are nothing new from the mainstream media, and not even from within Biden’s own administration. Vice President Kamala Harris and Press Secretary Jen Psaki both slated Trump’s 2017 and 2018 missile strikes, with Harris adding that Trump should have consulted Congress before the 2018 attack. A year later, when Trump pondered but ultimately decided against a strike on Iran itself, Biden wrote that “Trump’s erratic, impulsive actions” would make “another war in the Middle East” more likely.

Though Washignton and Tehran nearly came to blows when Trump assassinated Iranian General Qassem Soleimani last January, war was ultimately averted. With Biden now in charge of repairing the 2015 nuclear deal, he can count on CNN to back up every step he takes in that direction. The Iranians, however, won’t be as easily convinced.