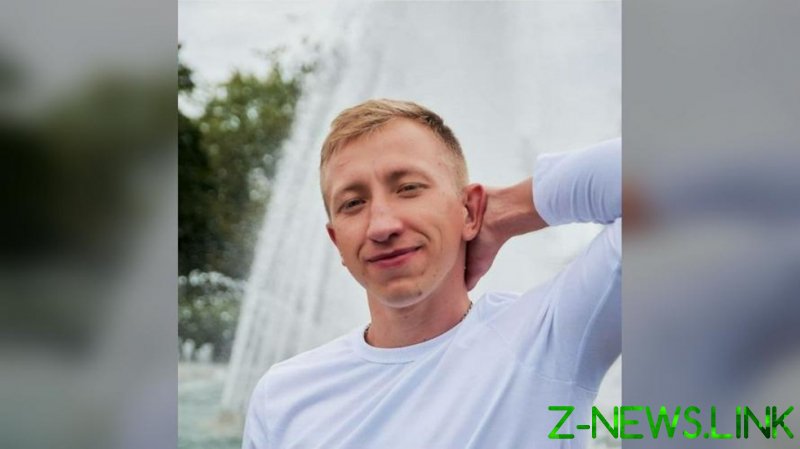 On Tuesday, police in the city confirmed that his body had been found in a park near his home. In a statement, officials said he had been “hanged,” and that his “mobile phone and personal belongings were recovered from the scene.”

Investigators have now launched a criminal probe for “premeditated murder” and are asking all those who knew Shishov to come forward to “provide information about the last weeks of his life, his psycho-emotional state and any possible threats.”

However, at the same time, a law enforcement source told local news site Strana that the incident looked like a suicide, and “there are no grounds to say it was staged.” According to the source, “the girlfriend of the deceased has said that he didn’t show depression or mania, but that doesn’t mean anything.”

The activist, who headed the Belarusian House in Ukraine, representing and supporting those who had left the troubled Eastern European nation, vanished while out jogging on Monday.

In an official statement, Belarusian House in Ukraine, which has openly backed the country’s opposition movement in the past, explained that “Vitaly was forced to move to Ukraine in the Autumn of 2020, after the Gomel protests in August and further active opposition to those usurping power in Belarus.”

The group said Shishov “took part in all spheres of activity, providing assistance to those who had to relocate; holding actions against the regime; appealing to state bodies to promote bills to help our compatriots; and forming a diaspora in Ukraine.”

Belarus was rocked by protests after veteran leader Alexander Lukashenko declared victory in last summer’s presidential election, which the opposition, and many international observers, say was rigged in his favor. Hundreds of thousands of people took to the streets in the aftermath to demand a new election, with police and security services staging a violent crackdown on demonstrators. Fearing reprisals, large numbers of opposition figures and supporters left the country for other nations in the region, such as Russia, Lithuania, Poland, and Ukraine.

In May, Lukashenko’s government caused an international diplomatic incident when officials told a Ryanair passenger jet transiting through Belarusian airspace to land in the capital, Minsk, citing a supposed bomb threat. Once on the tarmac, opposition activist Roman Protasevich and his Russian-citizen girlfriend, Sofia Sapega, were detained on charges of helping organize opposition protests. The EU has described the incident as “state-sponsored piracy” and imposed more sanctions against the country.