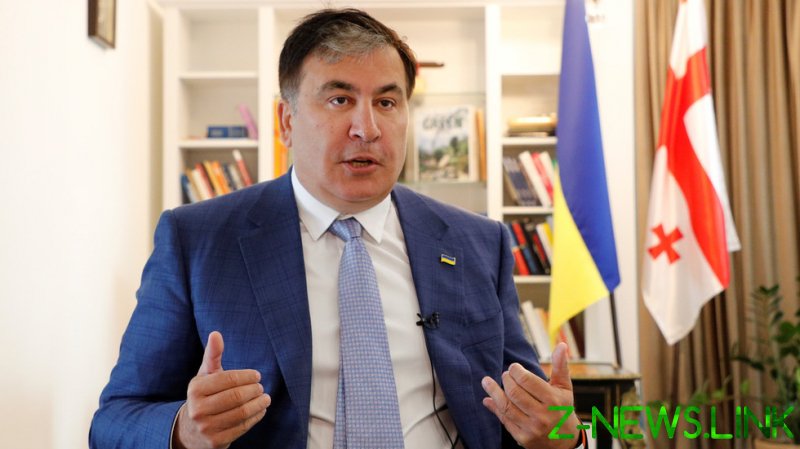 Irakli Garibashvili made the shocking allegation on Sunday in an interview with local broadcaster Imedi TV. He cited intelligence obtained by Georgia’s secret services stating that Saakashvili was seeking to appear during mass protests scheduled a day after his abrupt return to the country.

“During the culmination and mobilization of about 10,000 people – and they could probably have achieved that – the police would have had to move in to detain Saakashvili and possibly use special equipment,” Garibashvili said.

The killings would then have been used to “delegitimize our leadership” and secure foreign support, the PM said. “Afterwards, they would have demanded the government step down and extraordinary elections be held,” Garibashvili added.

Saakashvili’s plan to stage mass protests on Saturday flopped, as he was arrested on Friday shortly after his return to his homeland – an arrival seemingly timed to coincide with the holding of local elections. Georgian police detained him immediately they located him, accusing him of entering the country illegally.

Even worse for the “pro-Western reformer” is the fact he had already been sentenced to a combined nine years in jail in absentia in 2013, when he fled the country. The subject of multiple criminal cases, Saakashvili was charged with abuse of power, particularly in connection with the violent crackdown on the opposition during his rule.

Saakashvili lost his Georgian nationality when he was granted Ukrainian citizenship to serve as the governor of the Odessa region under then-president Petro Poroshenko. However, on Sunday, Garibashvili ruled out any possibility of the former leader returning to Ukraine before serving his prison term in Georgia.

“We are talking about a man who has been president for nine years. This is a disaster and an insult: this man has voluntarily renounced the citizenship of our country,” the PM said.

Earlier in the day, Ukraine’s President Volodymyr Zelensky said that he has been relentlessly working to return Ukrainian citizens who got in trouble abroad, adding that Saakashvili – who also holds a senior post with Ukraine’s national reforms council – was no exception.

“I must think of him as a citizen of Ukraine. And why he did that… Well, there are local elections [in Georgia], he probably thought that it was a political step,” Zelensky said, as he criticized Saakashvili’s decision to return. “I did not know about this decision beforehand. I think it is wrong, after all, he holds a government post.”