He was still a lover: Poroshenko called favorite songs 2017 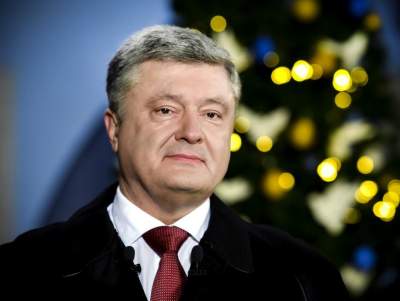 I was listening to the President in the past year.

President Petro Poroshenko called your favorite songs of domestic performers in 2017. List of songs and artists, the head of state announced on Twitter. “Ukrainian music this year has taken a significant step forward – there are many modern and interesting music.

But most importantly, this year has shown that Ukrainians want to listen to songs in their native language,” said Poroshenko. In his opinion, the most interesting in 2017 was a song by the rock band Riffmaster “Quietly came in quietly went or Song of Special significance,” electronic band ONUKA – Vsesvit, pop rock, synth-pop band The Hardkiss – “Zhuravl”, indie, pop band Pianoboй – “Fatherland”, the ethno band DakhaBrakha – Monakh, the rock band “Screams Vidopliassova” – “March of the New Army” and pop singer Tina Karol – “to Wait”.

As we wrote earlier, Ukrainian politicians admitted like celebrate the New year. The deputies shared pictures from new year’s eve.

Thirty-five years ago, the head of the Sverdlovsk regional party Committee Boris Yeltsin moved to …