Home / WORLD / ‘He never learned to spell grazie’: Juventus fans divided on Ronaldo exit… with some claiming they never wanted him at the club

‘He never learned to spell grazie’: Juventus fans divided on Ronaldo exit… with some claiming they never wanted him at the club 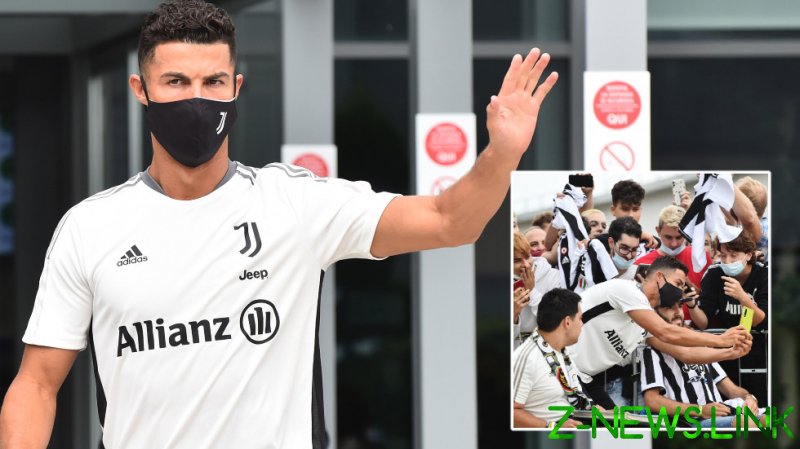 Juventus and Ronaldo’s relationship often seemed precariously rocky, not least when the club and player fell well short of their prized ambition of a place in the latter stages of the Champions League in each of his three seasons in Turin.

Worse was to come in Ronaldo’s final season, when the club contrived to spectacularly fail in its bid for a tenth successive Serie A title despite their talisman finishing as the division’s top scorer for the first time by contributing 29 goals to the cause.

Used to being champions, Juventus finished a faraway fourth in the table, scraping a Champions League place on the final day of the season in an achievement that only seemed to postpone Ronaldo’s inevitable-looking departure.

The prospect of missing out on a season of elite European football at the age of 36 undoubtedly hastened Ronaldo’s thoughts of departure, having resembled an increasingly tetchy quarterback as he tried to haul the team through numerous dismal performances, including meek defeats to Champions League middleweights Porto and Lyon at the round of 16 stage in the last two seasons.

Little wonder, then, that not everyone warmed to Ronaldo’s words on social media following his abrupt exit.

“I am honestly so happy with this right now,” one said on top Italian football site Football Italia, where the majority of comments cheered a switch to Manchester United on Friday that had seemed unlikely even on the morning of the deal.

“I never wanted him at Juve to begin with. He was never one of us, he was never interested in being a Juventino, he just wanted to be our idol.

“He and that circus of fans that follow him around will not be missed at all. Now we can focus on moving forward and rebuilding. Forza Juve.”

While pundits, fans and players found it faintly ridiculous to describe such a prolific forward as a burden on the team, Juve clearly suffered from a rigidity to their tactics because so much of their approach was focused towards their all-powerful central striker.

“If he’d come two seasons earlier it would have been different, with both of us in a better place,” said one supporter.

“It is what it is. At least he didn’t just sit and take the final season’s money, though the exit could have been smoother from the outside. Now we can breathe and grow as a young team.”

The site’s own Twitter account pointed out that Ronaldo’s failure to spell ‘grazie’ – Italian for thank you – correctly in his farewell note to fans was a sign of a lack of sincerity and genuine warmth.

A frantically loyal mass of supporters offer cult-like support to Ronaldo and Lionel Messi wherever they go. “Grateful to have him on the team but also grateful he takes his toxic fanbase with him to England,” responded one reader.

Others, such as fan account ‘Forza Juve’, preferred to concentrate on his impressive figures, including 123 goal involvements in 134 matches and five trophies.

“Plus millions of new fans and followers and a huge marketing boost,” added an admirer.

“Pity he didn’t know how to say goodbye. But I am happy he played for Juventus during his career.”

Shortly after United announced his stunning return to the Premier League giants, Ronaldo hailed Juve as “an amazing club” that is “surely one of the biggest in all of Europe.”

“I gave my heart and soul for Juventus and I’ll always love the city of Turin until my final days,” he claimed.

Juventus play their first home game of the new season when they host Empoli on Saturday.