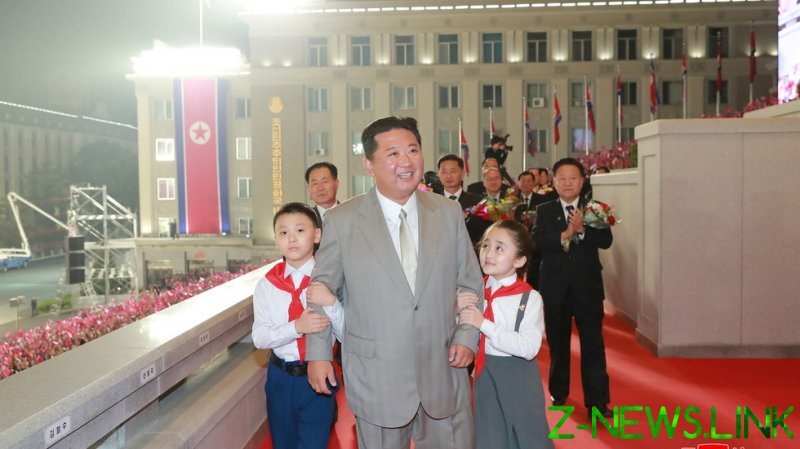 Multiple US media outlets shocked social media users with their coverage of Kim’s presence this week at a massive parade. Much of the media reaction to the event was focused on his appearance, namely that he appeared to have lost some weight.

According to a CBS News tweet, Kim “steals the spotlight” thanks to his “thinner” and “more energetic” appearance.

“Did Kim Jong Un write this?” Fuller Project editor Lisa Tozzi tweeted in reaction to the headline, which earned plenty of other head scratches from Twitter users.

Fox News also found themselves under an unflattering spotlight over a segment covering the North Korean parade, in which ‘Outnumbered’ co-host Rachel Campos Duffy not only said the North Korean leader “looks good,” but also “better than” US President Joe Biden, who is decades older than Kim.

The typically right-leaning Fox News has been blasted as “un-American” over the moment, with many liberal critics slamming the network, though few acknowledged the other flattering headlines and coverage Kim has received from more left-wing outlets.

Campos Duffy even faced some backlash in her own segment, when comedian Jimmy Failla didn’t buy into her stance and argued, with no evidence to back it up, that the person who appeared at the parade was a body double.

“You do not, under any circumstances, gotta call Kim Jong Un hot,” one user wrote.

“Fox News is not only a propaganda network, but also UnAmerican,” another added.

The Pyongyang parade was put together to celebrate North Korea’s 73rd anniversary and included everything from health workers –in hazmat suits– to military dogs. Kim reportedly did not speak at the event, though he interacted energetically with senior officials and was seen kissing children who presented him with flowers before he took his place to watch the parade.