Home / WORLD / ‘He hurt our Constitution, our country and our party’: Mitt Romney booed at Utah GOP convention

‘He hurt our Constitution, our country and our party’: Mitt Romney booed at Utah GOP convention 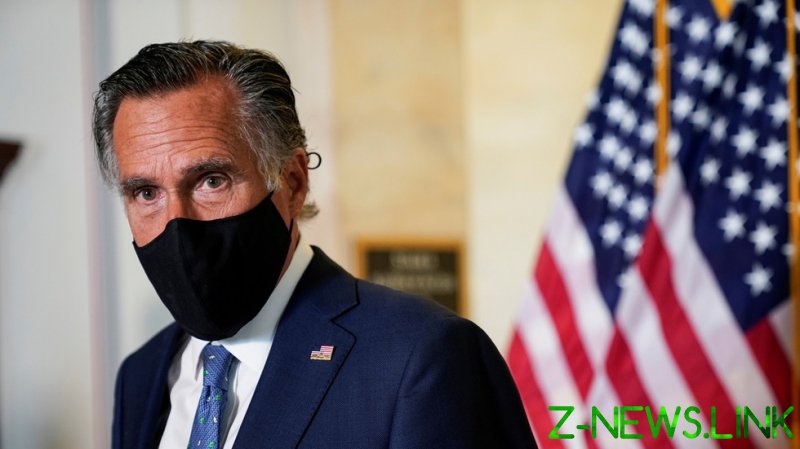 An opponent of Trump’s since 2016, Sen. Romney (R-Utah) rarely missed a chance to publicly disagree with the president, whether by marching with Black Lives Matter protesters last year or by crossing party lines twice to vote for Trump’s impeachment.

Though Trump is out of office, he remains Republican voters’ first choice for the presidential nomination in 2024, and Romney is paying a price for his refusal to commit to Team Trump.

Republican delegates gathered in West Valley City in Utah on Saturday, to strategize, choose party leaders, and to vote on censuring Romney for his impeachment votes. Before the vote, Romney took to the stage to try and win over the crowd. However, he was treated to a chorus of boos from the second he walked out.

Romney thanked the crowd regardless, and Utah GOP Chairman Derek Brown intervened to calm the angry delegates down. As the heckling continued, Romney earned some cheers for bashing the Biden administration, finishing his speech with a plea for “strength and unity” before leaving the building.

Voting is still ongoing at the time of writing, but the sponsor of the censure resolution, Don Guymon, told KUTV on Friday that he predicts it will pass.

“From my perspective there’s a lot of anger,” Guymon, a delegate and GOP activist, said. “Mitt Romney hurt our US Constitution, our country and our party.”