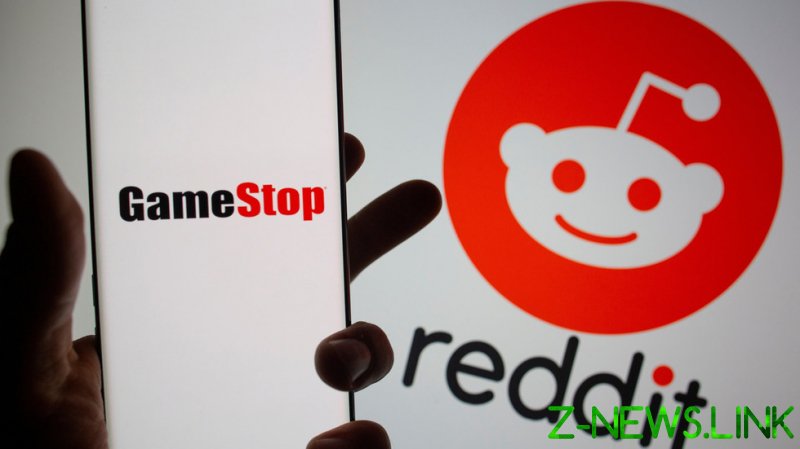 HBO’s is the latest in a cascade of movies in the works on the notorious short squeeze, set to tap Blumhouse’s Jason Blum – typically known for low-budget horror offerings like ‘Paranormal Activity’ and ‘Sinister’ – for executive producer, Variety reported on Friday.

Andrew Ross Sorkin is also executive producing. He co-created the series ‘Billions,’ which takes a dramatic look at the world of hedge funds – some of which played a co-starring role in the GameStop fiasco, with Wall Street funds like Melvin Capital and Citron Research suffering billions in losses after heavily short selling the games retailer. Sorkin is also behind a book and film about the 2008 financial crash, the latter of which was put out by HBO.

While the newly announced film is set to tell a story of “how a populist uprising of social media day traders beat Wall Street at their own game, turning the stock market upside down and shaking the financial world to its core” – the GameStop phenomenon has also attracted a slew of Hollywood bigwigs looking to cash in.

For those keeping score, HBO’s is the seventh major project to be put into development about the stock surge. There have already been two documentaries announced, a scripted Netflix feature from ‘Hurt Locker’ screenwriter Mark Boal, a miniseries titled ‘To the Moon,’ an MGM adaptation of Ben Mezrich’s forthcoming book ‘The Antisocial Network,’ as well as a possible project from Brett Ratner’s RatPac Entertainment.

The sheer number of production houses racing to bleed the story for all it’s worth already has many on social media shaking their heads and losing interest.

Though the drama of the ‘Reddit Rebellion’ has been widely billed as little guys sticking it to Wall Street fat cats, it wasn’t only small-time amateur traders who made out like bandits from the short squeeze. Some professional hedge fund managers also made big money, such as the New York-based Senvest Management. Richard Mashaal and Brian Gonick, who run the firm, say they raked in a profit of nearly $700 million after noticing the stock rallying back in September. As of Friday, GameStop’s share price sits more than 700 percent higher than it did at that time, despite a significant crash since its peak in late January.

“When it started its march, we thought, something’s percolating here,” Mashaal, 55, told the Wall Street Journal. “But we had no idea how crazy this thing was going to get.”