Home / WORLD / Having shut down Trump’s Covid-19 origin probe, Biden now entrusts it to same spies who gave us ‘Russiagate’

Having shut down Trump’s Covid-19 origin probe, Biden now entrusts it to same spies who gave us ‘Russiagate’ 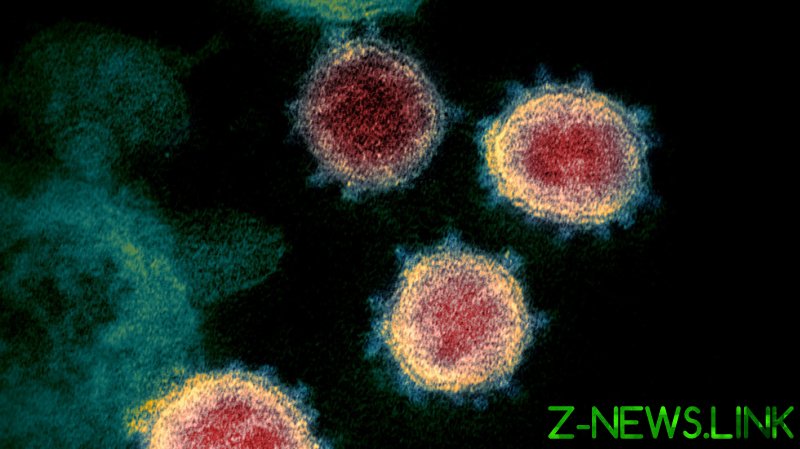 In a statement released on Wednesday, President Biden said he had ordered the US spies in March to give him a report on the origins of the virus, and gave them 90 days to provide a “definitive conclusion.”

Within minutes, the compliant corporate media acknowledged their marching orders, putting “redouble their efforts” into every headline. In a sense, the statement wasn’t so much an order to the spies, but a set of instructions to the Narrative managers.

That’s because the development of the Narrative on the coronavirus over the past several weeks has been, how shall we say, problematic for the current administration. For over a year, the corporate media and Big Tech have insisted that the virus evolved naturally, declaring anything else a “debunked conspiracy theory” and banning everyone who dared mention it.

That’s until former New York Times reporter Nicholas Wade penned an article questioning this, and it escaped the Memory Hole. Within weeks, the press had executed a dizzying U-turn, quietly retracted or stealth-edited both their stories and “fact checks,” and tried pretending they’d always believed the Wuhan Institute of Virology lab escape theory was at least possible. Nice try, but no.

Some US researchers, British tabloids, and even former President Donald Trump noticed this and pointed it out. Then, on Tuesday, CNN – that stalwart bastion of Our Democracy – lobbed another hand grenade into Biden’s back yard: his administration had actually shut down a State Department-led probe into the origins of the virus, right around the time he claimed to have asked the spies to get on the case.

The old inquiry was run out of the State Department’s Arms Control and Verification Bureau, and the decision to terminate it was made “after Biden officials were briefed on the team’s draft findings in February and March of this year,” CNN reported citing a State Department spokesperson.

So Biden had shut down a State Department probe as either too politicized or a waste of resources – CNN’s sources allege both – but then turned it over to the same spies that had generated the infamous “Intelligence Community Assessment” about the “Russian meddling” in 2016 that fed the Democrats’ “Russiagate” frenzy for the next four years. Let’s just say their methodology leaves something to be desired.

Another part of Biden’s statement that jumps out is his insistence that the spy agencies “include work by our National Labs and other agencies of our government to augment” their efforts. Did he mean the Department of Energy’s 17 facilities around the US – and if so, why? Or was this a reference to the National Institutes of Health and its division for infectious diseases, headed by Biden’s Covid Czar Dr. Anthony ‘Infallible’ Fauci? We can only guess.

Thing is, having Fauci anywhere near the probe into Covid-19’s origins would be entirely disqualifying, due to a conflict of interest. His National Institute of Allergy and Infectious Diseases – through the NIH – has funded research into “understanding the risk of bat coronavirus emergence.” The recipient of their grant has been EcoHealth Alliance, a New York nonprofit run by Peter Daszak. This is the same group that “partners with the Wuhan Institute of Virology (WIV) in China,” for its research, as Nature magazine reported in August 2020, citing Daszak himself fulminating about the NIH cutting off his funding.

When confronted with this by Senator Rand Paul (R-Kentucky) earlier this month, Fauci denied such research was involved, or that NIH ever funded the Wuhan lab. Later, speaking with friendly fact-checkers, Fauci argued it would “almost be irresponsible” to not collaborate with China given the 2003 SARS outbreak there, and called the EcoHealth funding “a very minor collaboration as part of a subcontract of a grant.”

So he never funded the research except he did and it was very minor and it would have been irresponsible not to but “a ridiculous leap” (in Fauci’s own words) to suggest this had anything to do with the very family of viruses they were supposed to be studying? Enough to make your head spin.

Given the previous record of everyone involved, it’s safe to conclude that Biden’s probe is going to be a politicized effort to craft a Narrative absolving Fauci – as well as Biden himself, for shutting down the State Department probe. It’s possible the White House could also use it as ammunition against China – giving the Republicans something to buy into.

Meanwhile, the axis of corporate media and Big Tech will declare the “science is settled” and proceed to deal with far more important issues – such as whether the fur color of the future First Cat will promote equity.