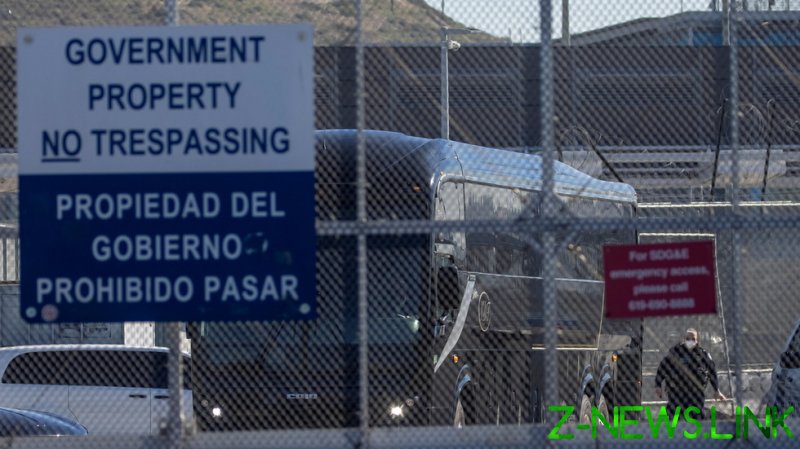 Senators questioned Garland on Monday ahead of the floor vote on his nomination, which appears to be a foregone conclusion. Time and again, however, he would not commit to things – from safeguarding the probe by special counsel John Durham into the FBI and DOJ spying on former President Donald Trump, to things such as enforcement of US immigration laws.

“Do you believe that illegal entry at America’s borders should remain a crime?” asked Sen. Josh Hawley (R-Missouri) at one point, only for Garland to reply,“I just haven’t thought about that question.”

“I don’t know of a proposal to decriminalize but still make it unlawful to enter,” Garland added. Asked if the DOJ would continue to prosecute illegal immigration, he called it “a question of allocation of resources.”

“I have to admit I just don’t know exactly what the conditions are and how this is done,” he told Hawley. “I assume that the answer would be yes but I don’t know…”

Congresswoman Marjorie Taylor Greene (R-Georgia) argued that Garland’s no-answer on the burning issue should disqualify him from office.

“Every single part of this response should disqualify Merrick Garland from being Attorney General of the United States of America,” she tweeted.

Garland, 68, is likely to be confirmed as Biden’s attorney general. He became a household name in 2016, when President Barack Obama wanted him to fill the US Supreme Court vacancy left by the death of Justice Antonin Scalia – only for the Republican-majority Senate to refuse to consider the nomination.

He had worked as a prosecutor at the DOJ during the Clinton administration, and was confirmed as a federal judge at the US Court of Appeals for the DC circuit in 1997. He resigned earlier this month, after more than 13 years on the bench.