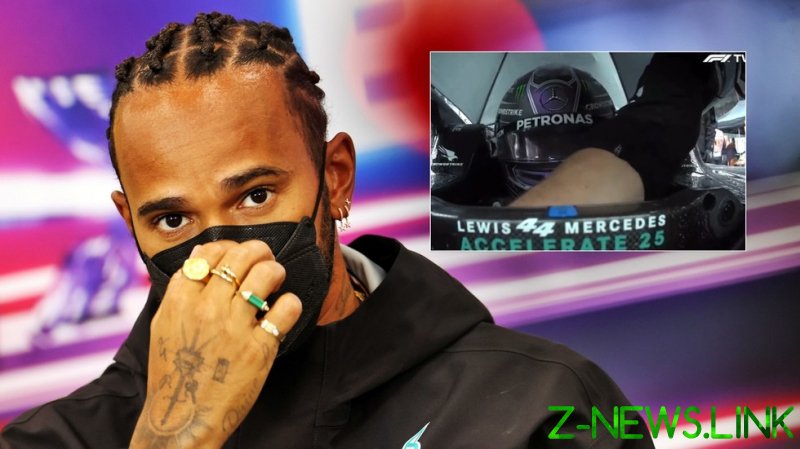 Seven-time world champion Hamilton and his fellow F1 drivers were left frustrated at Sunday’s race at Spa as torrential rain meant the start was delayed, with the conditions so treacherous that Red Bull driver Sergio Perez crashed on his way to the grid.

After several delays and two formation laps, the Safety Car took the cars back to the pits and the race was red-flagged until conditions suitably improved – leading to a lengthy wait and talk that the event could even be postponed until Monday.

While the fate of the race remained up in the air, Mercedes star Hamilton used one of the breaks to take a toilet stop – but complained after getting back in his car that a mystery person had got to the rest room before him and made their mark.

“I’m glad I went to the toilet,” Hamilton told his team over the radio.

“The one I went to, someone had dropped a crazy bomb in there. The worst thing ever. It’s going to haunt me for life…”

The exchange tickled Twitter and was a lighter note on an otherwise gloomy day for fans and drivers in Belgium.

Teams found various ways to pass the time, with Haas sharing footage of a kick-around with German ace Sebastian Vettel, who now drives for Aston Martin.

After a delay of around three hours, organizers later announced that a truncated race would be held, with Hamilton starting third on the grid, behind Red Bull’s Max Verstappen in pole and George Russell in second, after the Williams driver producing a stunning qualifying lap on Saturday.