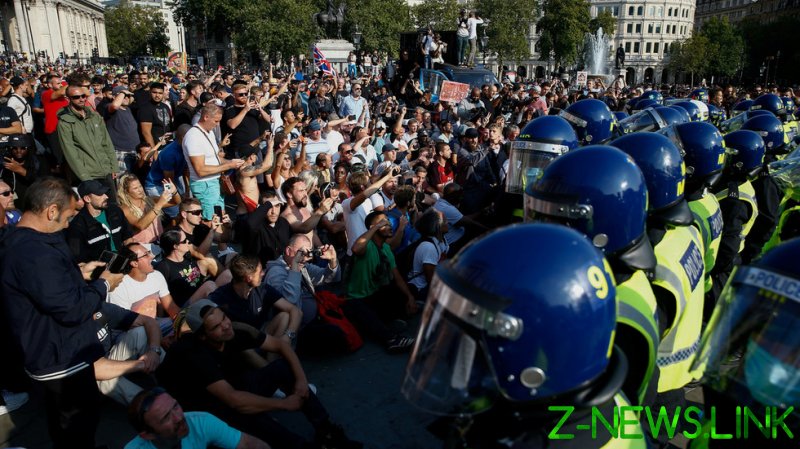 That warm fuzzy feeling of togetherness which saw families during the coronavirus lockdown venture outside their homes to bang pots and pans, clap and cheer in support of heroic strangers doing unthinkable tasks is well and truly gone. We now hate each other more than ever.

We hate people on the basis of race. On the basis of religion. Over sexual preference. Over Brexit and even because we blame the guy who runs the local Chinese takeaway for somehow bringing the coronavirus to our shores.

And in case you think that’s extreme, one discussion thread on my local Nextdoor app actually explored the suggestion of boycotting a Chinese restaurant purely on the basis that the coronavirus first appeared in China, and, well, the owners of a takeaway thousands of miles from Wuhan might be deliberately infecting us.

To add fuel to this bonfire of loathing, official figures out this week show reported racial and religious hate crimes have shot up by eight percent this year with more than 105,000 offences recorded in 2019-20. Home Office officials suggested that despite all the efforts of the Black Lives Matter movement to raise awareness, those offences actually increased during the protests across the UK.

But because there is no record of who perpetrated what crime against who – certainly a glaring omission in terms of making the statistics useful – then we cannot determine the racial make-up of offenders or victims.

In terms of hate, though, it’s not just a race issue. We hate each other for many reasons.

Hate crimes motivated by sexual orientation increased by the largest percentage, 19 percent to 15,800, which reflect a similar increase found by a BBC investigation last week which recorded even higher reported figures of 18,465, triple the number from just five years ago.

So not only is homophobic hate on the rise, reported hate crimes over transgender identity were up by 16 percent to 2,500 and disability hate crime – surely the most bewildering – rose by nine percent to 8,500. How can you hate a disabled person?

And if we ever needed to look elsewhere for more hatred, British-Chinese MP Sarah Owen told Parliament that hate crimes against Chinese people have tripled during the pandemic as people blame their East Asian neighbours for the Wuhan origins of the killer virus.

The evidence shows that it doesn’t take much for us to hate at all. Race. Religion. Gender. Politics. Covid-19. Any reason is good enough for an unhealthy dollop of bigotry, racism and undisguised hatred feeding off ignorance.

And no matter how much the self-righteous heroes of the woke universe insist that we must all change and accept each other, this campaigning seems to be simply exacerbating the situation.

The constant – and I mean CONSTANT – banging on about identity politics and social justice in public conversation encourages not just liberal introspection but resentment in the opposition camp where the ambivalent, the intolerant and the downright dumb feel their voices are not being heard in this debate.

We witnessed the clashes between BLM supporters and far right protesters played out over summer in various battles over statues. It was Twitter as street drama. Whoever bullied, shouted, intimidated and threatened the most was declared the winner, just like the social media platform.

No one listens in those circumstances, despite what the mainstream media and social justice warriors would have you believe about raising awareness and increasing tolerance. It is impossible to listen when you are shouting in someone’s face. Try it now. See?

So when the crowds disperse, campaigners claim hollow victories, the mainstream media loses interest and life returns to normal, the hatred is still there, bubbling along under the surface waiting for its next call to action. It is a naive fantasy to believe that British society has undergone some elemental change over the last few months thanks to noisy street protests, a toppled statue or a Pride rainbow logo on a t-shirt.

The problem starts with the way we are all wired. Just ask American neuroendocrinologist Robert Sapolsky.

Sapolksy says that when we encounter someone who looks different to us, that section of the brain that deals with fear and aggression, the amygdala, flares up in response. If the target of our attention then does something we don’t like then that reinforces the brain’s initial reaction sparking a long-term pattern of dislike which ultimately spirals out of control into a visceral hatred.

But to be able to address this, we’re going to have to move on from the infantilisation of public debate with its emotional terrorism, national loathing, name-calling, he-said she-said arguments, collective victimhood, blame culture, blind tribalism and an infuriating insistence on shouting down dissenting voices until you have the last word.

Only then will those hate crime figures reduce and if they don’t, it’s not your neighbour’s fault. It’s yours.