Home / WORLD / ‘Hat of genocide’: Beijing accuses Washington of wiping out Native Americans, while blasting US rumor-mongering in Xinjiang

‘Hat of genocide’: Beijing accuses Washington of wiping out Native Americans, while blasting US rumor-mongering in Xinjiang 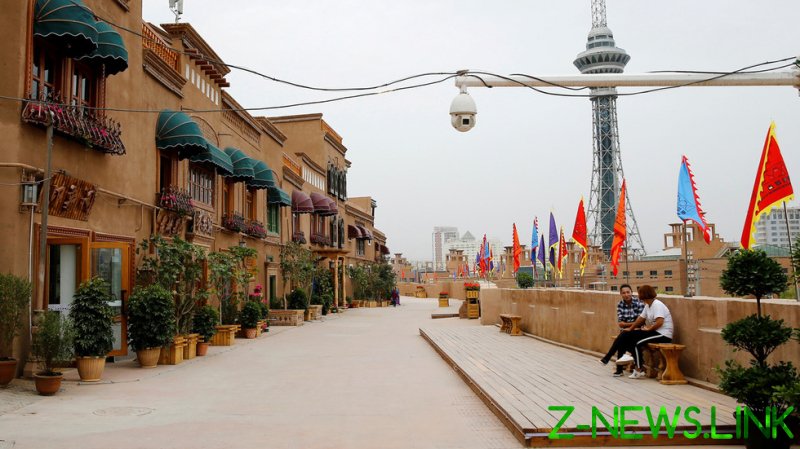 Regarding the rumors concerning China’s human rights abuses in Xinjiang, Zhao stated that the Uighur population has doubled from 5.55 million to more than 12 million in the past 40 years.

The spokesman contended that the so-called “hat of genocide” is America’s to keep, as he accused Washington of wiping out the native Indian population of North America.

“Anyone who knows American history should know that the United States, through the Westward Expansion, expelled and killed American Indians. The Indian population plummeted from five million in 1492 to 250,000 at the beginning of the 20th century, a decrease of 95 percent,” Zhao claimed.

The US and its Western allies have frequently levied accusations of genocide against China, but Beijing has dismissed the evidence that is widely circulated in Western media.

Last week, Beijing countered allegations of abuse in Xinjiang made by female Uighur witnesses, suggesting the women were of “bad character” and even accusing some of having affairs, and one of having a sexually transmitted disease.

China says the door to “Xinjiang is wide open to the world” but cautions that any visiting delegation shouldn’t be an “investigation task force” with the presumption of guilt.