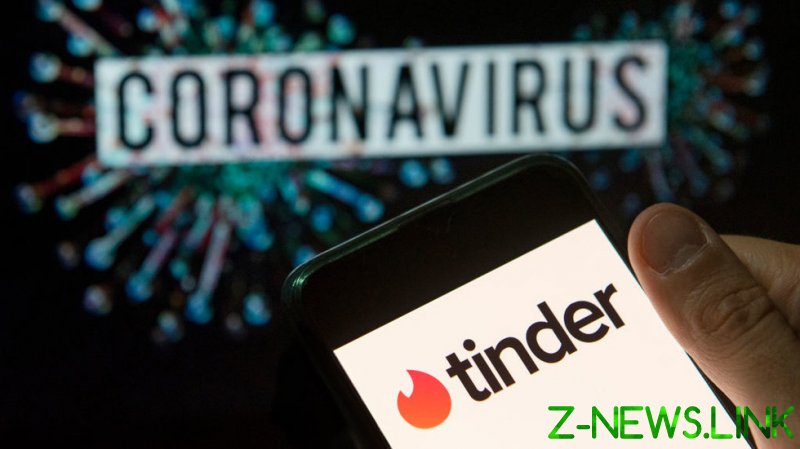 So, remember last spring, when we all predicted there would be a “hot vax summer” – a post-pandemic boom of lovemaking and casual sex? According to a study released by Match.com ahead of its 11th annual Singles in America survey, that… never happened.

The study – which is taken from a demographically representative sample of 5,000 US singles between the ages of 18 and 98 – showed that singles averaged only one make-out partner in the past 12 months, and only 8% of them had a one-night stand during the pandemic.

“I believe people have kind of gotten in their own way!” Sameera Sullivan, an elite dating coach and matchmaker based in New York, told me. “We are creatures of habit so all these days of staying home and being quarantined made some people even more of a homebody.”

Lee Wilson, a relationship coach with 20 years of experience, told me that it definitely seems like people have been more interested in staying in than going out.

“People seem to feel safer at home to the point that they are going out less and those who are already dating appear to be having more visits to each other’s homes for quiet evenings in with a Netflix series or movie,” he said. “I’m hearing a lot more stories about people cooking meals together and enjoying the process immensely.”

So, does this mean the pandemic has truly changed dating? And what does this mean for the upcoming “cuffing season” – the period between Halloween and Valentine’s Day when people generally settle down with someone just for the cold-weather months?

Sameera believes people are less likely to want to “get cuffed” (get into a short-term relationship of convenience) as they are to look for something more meaningful and long-lasting this fall.

“Fall will be a great comeback for romance and new beginnings, and all about love and finding a partner,” she predicted.

“I think people will be more likely to get serious this cuffing season,” Wilson said. “In some ways, we’ve had a preview of what it’s like to choose someone for the end of the world and most of us would rather have someone who isn’t perfect than no one at all.”

His conversations with his clients indicate that many of them now view casual dating as “stressful, less personal, and potentially shallow,” and that “people are trying to stick to the circle of people they already have to select one person to focus on, hoping to develop something committed and stable.”

That’s not to say casual sex isn’t happening at all, of course, but, generally speaking, he believes “the pandemic has caused a greater appreciation of what we already have instead of a curiosity about what’s out there.”

This corroborates with some of the findings of the Match.com study. Nearly half of all singles (45 %) reported that their ideal sexual relationship right now would be a committed relationship, and 85% of singles said sex was less important now than it used to be.

It seems like people are also moving a lot slower now than they did before. Only 45% of singles are comfortable making out within the first three dates; 71% would like to have three dates or more before having sex. So it looks like the old “three-day rule” is back.

“I have also noticed that those who casually date say that they move more slowly now physically than before,” Wilson said. “Kissing someone seems to be a more serious matter than just a couple of years ago and going further than that is met with even more caution. We seem to be leaning toward the familiar and the safe in many areas of life including dating.”

Obviously, a lot of this phenomenon is due to some of the practical consequences of the pandemic, since 65% of singles want their dating partners to be vaccinated. Those people are probably also more likely to remain Covid-cautious and find love within an intimate group than a large party.

Whatever the reason may be, however, I’m pleased to hear we seem to be reverting to a more traditional, dare I say, romantic form of dating. Who wants to swipe right and have (largely) meaningless encounters all week? Sociopaths, that’s who.

You’ll get no judgment from me for partying or casual sex, but, personally, the pandemic definitely taught me that, when s**t hits the fan, it’s really nice to have a romantic partner to lean on. Or, as my Russian mother always says, V dvoyem legche (“Life is easier when there’s two of you”).

Let the Autumn of Love begin.