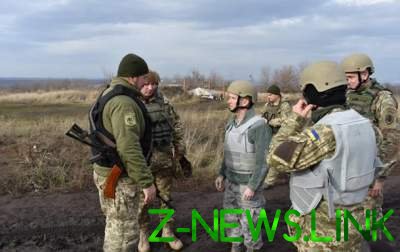 ATO forces have moved their checkpoints outside of the village.

The Ukrainian military and so controlled the village Verkhnetoretskoye in the Donetsk region, but the promotion moved their checkpoints outside of the village.

This was told by a local resident Galina.

“Nowhere in the village is not passed. From the beginning of the war he was under the control of Ukraine. And thank God! Let it remain. Shoot here very often, the shells are falling. Now I do not live there, but every weekend, come to Mama. Of course, people are already used to it – you know that if whistles over your head, then you need to escape,” said the woman.

She said that currently, ATO forces have moved their checkpoints outside of the village.

“If they had been in the village, but now they went beyond and in control of the situation there. Between them and “DNR” somewhere a mile. So now they see the situation at a glance”, – said Galina.