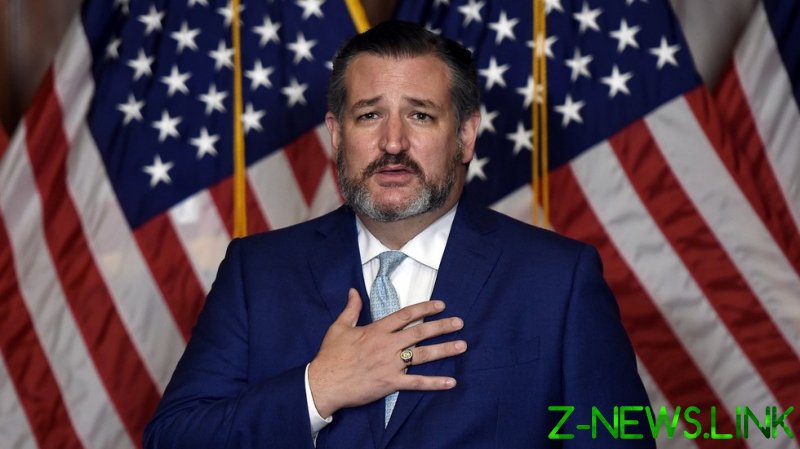 A petition has begun circulating to demand that the university nullify the degrees of such graduates as Cruz (R-Texas), US Representative Dan Crenshaw (R-Texas) and White House Press Secretary Kayleigh McEnany. The petitioners argued that by supporting President Donald Trump’s allegations that Democrat Joe Biden’s election victory was fraudulent, the Harvard graduates helped create a “white-supremacist uprising” at the US Capitol.

Cruz, a 1997 Harvard Law School graduate, spearheaded an effort in the Senate to force an investigation of alleged fraud in the 2020 election. Both Cruz and Crenshaw demanded an end to the violence during the January 6 Capitol riot. While Crenshaw supported an amicus brief asking the US Supreme Court to hear a lawsuit seeking to overturn Biden’s win, he also congratulated the president-elect after electoral college ballots were cast on December 14 – and blasted Trump and other GOP members for leading protesters to believe that Congress could overturn the election’s outcome.

As White House press secretary, McEnany spoke for Trump in alleging that Biden’s victory was driven by hundreds of thousands of fraudulent votes in swing states.

“Harvard values democracy, equality and the rule of law,” the petitioners said. “Does it value them enough to hold its own alumni accountable for the most flagrant attack on these principles in recent history?” The group repeatedly attributed the election-fraud protest to skin color, asking, “Is Harvard University prepared to take a stand for representative democracy and against violent white supremacy?”

The campaign to revoke degrees follows a petition earlier this month – led by Yale and Harvard students and alumni – calling for Cruz and Yale alumnus Josh Hawley (R-Missouri) to be disbarred from practicing law because of their election challenges. Civil rights lawyer Valarie Kaur said she supported the petition, even as Biden calls for unifying the politically polarized country, because there can be “no healing without accountability.”

Separately, Harvard professor Ryan Enos called on the university president, Lawrence Bacow, to block those who “encourage the violent overthrow of our own government” from being affiliated with the school. Students also demanded that the political pariahs be banned from speaking engagements at Harvard and from serving as Harvard Institute of Politics fellows. The university removed US Representative Elise Stefanik (R-New York), who supported allegations of election fraud, from the Institute of Politics.

The latest petitioners acknowledged those moves but demanded more. Merely banning someone from campus “still grants them the benefits of their Harvard degree everywhere outside of Cambridge.”

Supporters of the petition have pointed to a precedent for their demands – Harvard’s 2010 revocation of alleged Russian spy Andrey Berzukov’s degree. That argument equates making allegations of election fraud to obtaining a degree under a false identity and acting as an unregistered agent of a foreign government.

The petitioners said their demands aren’t partisan because “the acceptability of violence in politics should not be up for debate at Harvard.” There were no such petitions at Harvard over the graduates who may have had some role in inciting or carrying out the political violence seen in Black Lives Matter and Antifa riots across the US last summer. To the contrary, the university and its students and alumni embraced the BLM movement.

While the petitioners contended that “a Harvard degree is a privilege, not a right,” former Harvard Medical School Dean Jeffrey Flier said it’s neither a privilege nor a right. “It is a fact,” he said. “Heap well deserved scorn on Cruz et al, but the petition to revoke their degrees is absurd and puerile and should be embarrassing to signatories when they grow up.”

Other observers said they were alarmed that the petition was signed not only by young students, but also by mid-career professionals. “The un-personing purges in the West will continue until all bend the knee,” one commenter said. “To your point, this must come with a heaping helping of cognitive dissonance.”