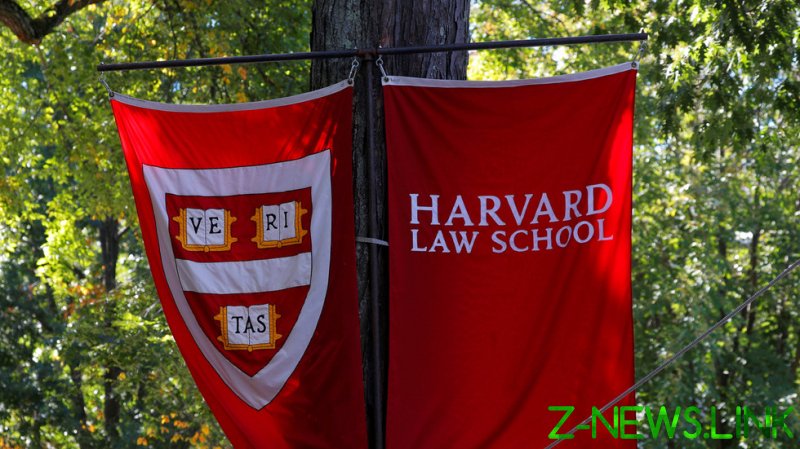 “You may wish that you weren’t Asian,” the university told Asian students on its Counseling and Mental Health Services website. “But remember that your ancestors likely went through similar or even worse incidents. They survived by recognizing the beauty and strength of their community. So seek out or create literature, art, films, shows and music that highlight your community in a positive light.”

Harvard junior Matteo Wong was among the students and other observers who found the advisory and its stereotypically “orientalist” tea set and bamboo background photo outrageous. “Another lovely gem: ‘Permit yourself to take care of you.’ Thank you for the permission, Harvard. Too bad I can’t take advantage of it because every time I see a statement like this, I have an aneurysm.”

New York state lawmaker Yuh-Line Niou was among the many social media users who blasted Harvard’s allegedly racist anti-racism advisory. “Harvard, no, not it, at all,” Niou said. “You need serious anti-Asian racism and anti-oppression training. Please get a better analysis. Take a class.”

Wong said Harvard’s Anti-Asian Racism Resources web page was revised on Wednesday morning, deleting the photo and several of the most offensive paragraphs. A few hours later, an apology was added.

“We are deeply sorry that some recently posted content on our website not only fell short of that mission (supporting students who are in distress), but caused more stress in our community,” Harvard University Health Services director Giant Nguyen said in a statement. He added that the university plans to “engage more closely with members across our community to ensure that we can serve as a trusted, reliable resource for everyone at Harvard and will work diligently to ensure that this never happens again.”

Harvard and Ivy League rival Yale University have been sued for discriminating against student applicants of Asian descent. A Harvard dean testified in 2018 that the school has different standards for test scores from applicants based on such factors as race and sex. For example, while African-American students with SAT scores around 1,100 out of 1,600 may get a recruitment letter from Harvard, Asian-Americans would need to score at least 250 points higher to be recruited.

The US Department of Justice sued Yale for discriminating against Asian and white students and had been investigating admissions practices at Harvard during Donald Trump’s presidency, but President Joe Biden’s administration dropped the case against Yale shortly after he took office.