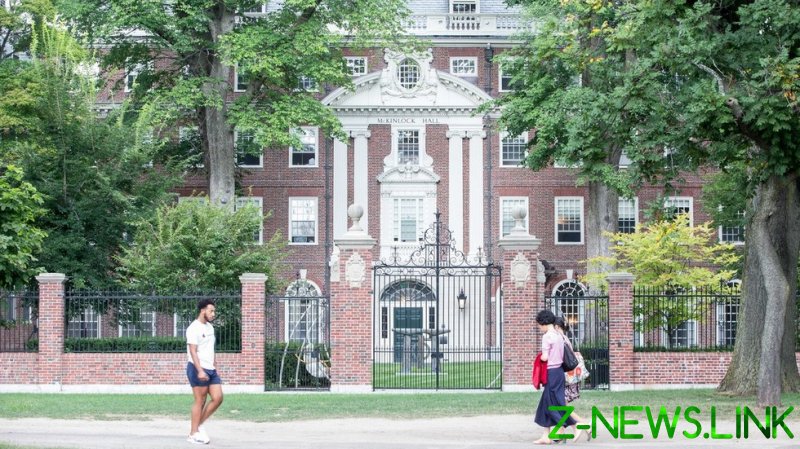 An internal committee commissioned by Harvard University has published an exhaustive inquiry into the prestigious school’s history and ties to slavery and the study of eugenics, university president Lawrence Bacow announced on Tuesday, adding that the school was setting aside $100 million to “make amends” for its past transgressions.

Harvard profited from “the beneficence of donors who accumulated their wealth through slave trading; from the labor of enslaved people on plantations in the Caribbean islands and in the American South; and from the Northern textile manufacturing industry, supplied with cotton grown by enslaved people held in bondage,” the report, published on Tuesday by the Presidential Committee on Harvard and the Legacy of Slavery, revealed.

Indeed, “more than a third of the money donated to or promised to Harvard by private individuals came from just five men who made their fortunes from slavery and slave-produced commodities,” including cotton, the report found. 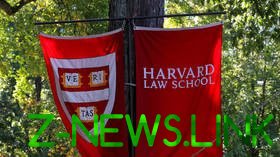 READ MORE: Harvard apologizes after trying to help fight anti-Asian racism by telling students ‘You may wish that you weren’t Asian’

Bacow initially formed the committee in 2019 in order to probe the school’s “historic ties to slavery – direct, financial, and intellectual.” Its report found that from 1636 to 1783, the school enslaved 70 people, some of whom were responsible for caring for the university’s presidents, professors and students.

Harvard didn’t just benefit from slavery – it took concrete steps to quash abolitionist sentiment on campus, according to the committee, which made a point of countering the popular narrative that places New England at the center of the “antislavery moment” and in particular casts Harvard’s home state of Massachusetts as a “hotbed of opposition to slavery.”

Harvard’s medical school admitted three black students in 1850 but subsequently expelled them following complaints from white students and alumni, and only admitted an average of three black students per year as late as 1940, according to the report, which noted that Harvard was still promoting the study of eugenics – central to World War II-era “race sciences” – at the time. Harvard’s women’s college, Radcliffe, denied housing to its few black students.

Additionally, Harvard Law School’s first professorship was established with the profits of the slave trade in the form of a bequest from Isaac Royall Jr., a rich slave merchant who left the school a hefty sum in his will in 1781. The university incorporated elements of the family’s coat of arms into its law school seal, an issue which became controversial in 2016, leading to the retirement of the seal and Royall’s denunciation as “the son of an Antiguan slaveholder known to have treated his slaves with extreme cruelty.”

Many such problematic “early benefactors” left their names on buildings and professorships and their images in statues sprinkled throughout campus, according to the report, which found that “the color line held at Harvard” despite the official collapse of slavery following the Civil War. Harvard’s longest-serving president and other prominent academics were key figures in the study of eugenics, a pseudoscience used to justify racial segregation in the US and abroad – most infamously in Germany under the National Socialist regime. 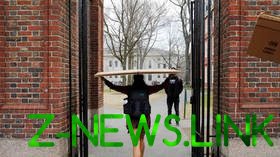 The report recommends that the school’s $100 million “Legacy of Slavery Fund” be “preserved in an endowment and strategically invested,” and Bacow has confirmed that while some of the funds will be available for “current use,” the balance will be held in an endowment. Some of the planned projects include expanding scholarship opportunities for descendants of slaves in the southern US and Caribbean, partnerships with historically black colleges and universities (HBCUs), and reaching out to build relationships with the descendants of those who were enslaved at Harvard.

“Harvard benefited from and in some ways perpetuated practices that were profoundly immoral,” Bacow wrote in his letter accompanying the report, arguing the school bears “a moral responsibility to do what we can to address the persistent corrosive effects of those historical practices on individuals, on Harvard, and on our society.”