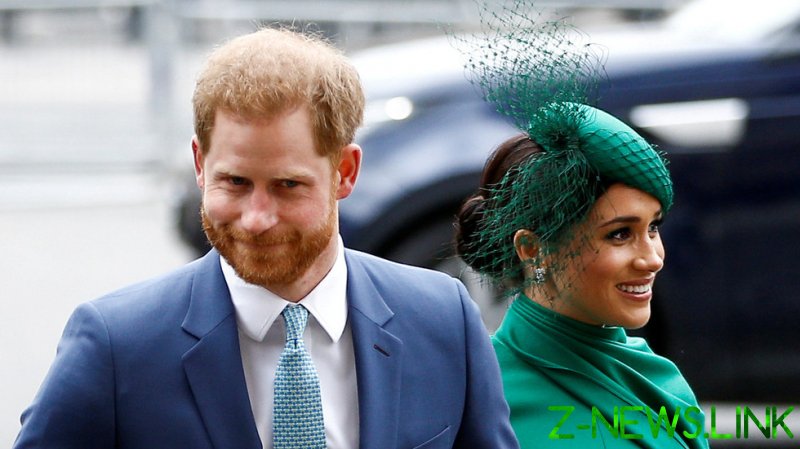 I tried, I really did. For 34 minutes, I sat and endured the relentless codswallop from Archewell Audio’s premiere podcast, my teeth grinding and knuckles whitening before finally laying my face on the table as it finished, groaning, ‘Thank you, God’.

In case you missed Archewell Audio’s 2020 Holiday Special – and by Holiday, we mean Christmas – then let me save you the inconvenience and warn you off before it’s too late.

Stockholm-based Spotify has paid heaven knows how much to Prince Harry and his wife, the former actress known as Meghan Markle, as executive producers of this schmaltzy, oh-so-faux humble collection of millionaires, activists, self-help authors and street poets  – inexplicably two of them – to provide “inspiration, reflection and perspective” as they look back on 2020 and forward to 2021.

From the start, this doesn’t quite seem real. You have the Duke of Sussex, sixth in line to the British throne, telling us all to sit quietly “with a cosy beverage” (a large arsenic might be just the thing) as friends of California’s latest power couple relate their own personal struggles of 2020 and how they, ever-so-bravely, have made it through.

The Rocketman himself, Sir Elton John, worth upwards of US$500 million, must have had a helluva year. At least that’s what he told us. Disaster struck! He had to cancel a tour! But don’t worry, although the 73-year-old recovering alcoholic and self-confessed ‘semi-diabetic’ is obviously in the higher risk Covid categories on his age alone, dealing with health issues for a man of his wealth is on another level to the majority of septuagenarians in the UK.

While many in his age group are shut up and isolated in care homes ravaged by Covid-19, Sir Elton can choose to lie low with his staff in any one of his four opulent homes in Old Windsor, London, Atlanta or Nice – travel restrictions permitting of course. His utterances were received like the words of a wise, cave-dwelling hermit.

“Cheers to that, Elton,” said devotee Harry. “So true,” murmured Meghan in agreement with a tone the French would describe as ‘shoo-shoo’, a comforting acquiescence just north of a whisper.

After Reg Dwight? Well, for those listeners on this side of the Atlantic, the name recognition factor tailed off pretty quickly. Oh, there was James Corden, the chubby lad who used to be on Gavin and Stacey who cracked showbiz Stateside bigtime.

He confided in us that he was recording his podcast contribution from “the spare bedroom” of his family home. Isn’t that nice?Just like us, this star has to put his computer in the spare bedroom for a bit of peace when work calls.

What he didn’t disclose was which of the rooms in the £7.5million, 8,609 square feet, five-bedroom, eight-bathroom home on a 20,000 square foot estate he shares with his family in Los Angeles was actually considered the “spare” bedroom.

Lockdown, he said, had made him appreciate his kids more and enjoy the simple things in life, like a mystic. At least, that’s what I understood when he said, “I could lose a day just staring at the corner of a rug.”

And where might that rug be, James? On the floor of the room which Hello magazine gushed over as the “pristinely-furnished living room with a traditional open fireplace and grand piano”?

But that’s where the local interest drops and the real market for this entitled, patronising guff becomes apparent.

The guest list is padded with US-based writers (everyone seems to have a book), activists and self-help charlatans, all reassuring us that they know what we’ve been through and that things are really looking up. Because without the dark, stars have no way to shine, we were reminded. I laughed out loud at that point. This is therapy 101 of the most excruciating kind.

Tyler Perry, a Hollywood hotshot with a Christ complex related his frustrating experience of trying to feed the 5,000 (no mention of loaves and fishes) without any sense of irony. That’s because when you are worth $1bn like he is, you don’t get irony.

Stacey Abrams, another who pretends she’s just a regular gal and writes when not busy as an activist, tells the audience, “I dabble in politics.” By that she means that she is actually a political heavyweight in Georgia, having served a ten-year stint in that state’s House of Representatives before an unsuccessful tilt at the governorship in 2018. Forbes magazine has her listed as one of the world’s most powerful women in 2020. Again, just like us.

The light entertainment is provided by two British street poets, the conveniently named George The Poet and Hussain Manawer. And for laughs there is also Christina Adane, a 17-year-old ‘intersectional youth activist’ from south London with the world on her shoulders. She told us 2020 was tough for her and her mates and you have to believe her. She’s not even old enough to drink!

Sure it’s easy to poke fun at the Duke and Duchess, who chose their path away from Blighty and are now knee-deep in nonsense at their Santa Barbara outpost.

They come across as earnest over-thinkers who treat every obstacle that life puts in their way – and let’s be frank, they don’t have that many – as another chance for self-discovery on their continuous personal journey towards enlightenment.

And in California they have no difficulty finding fellow travellers. This is what the wealthy and entitled of the West Coast do with their time. In between the speaking gigs, the meetings with their publishers and the pursuit of their causes, they now make podcasts.

We don’t really need another. With industry experts estimating there are around 1.5 million podcasts, totalling more than 34 million episodes, currently out there, it’s something of a crowded market. But please, don’t be discouraged. If Prince and Princess Woke want to highlight their rich, powerful and famous friends and have one of them recite a poem in a brilliant East London accent, then they must go ahead.

Just don’t expect me to listen to any more of their blathering without offering some feedback. After all, I’m here to help and really, truly, mean no harm.