Home / WORLD / Harris slams Trump for not asking Putin about NYT Russian bounties story – a rumor, for which PENTAGON sees no proof

Harris slams Trump for not asking Putin about NYT Russian bounties story – a rumor, for which PENTAGON sees no proof 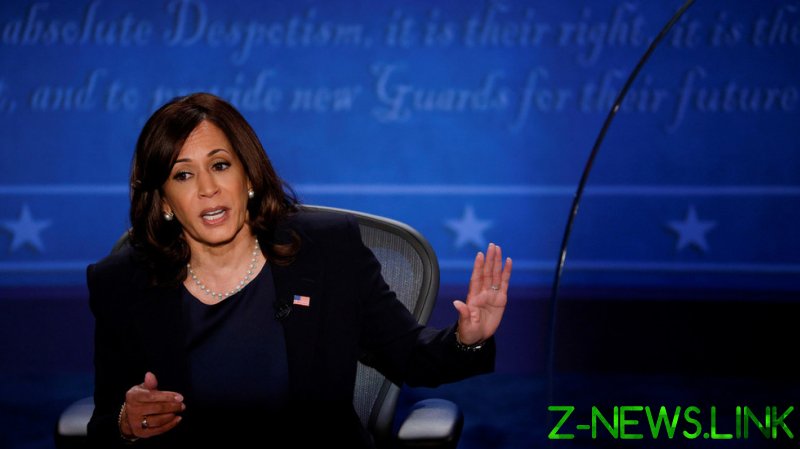 While discussing the military, Harris slammed the Trump administration for “not caring” about “public reporting” saying the Russian government put out bounties on the heads of American soldiers serving in Afghanistan – a rumor that has been debunked by the Pentagon and numerous intelligence officials.

“You know what a bounty is?” Harris said during her fiery display. “It’s [when] somebody puts a price on your head and they will pay it if you are killed, and Donald Trump had talked at least six times to Vladimir Putin and never brought up the subject. Joe Biden would never do that.”

She added that Biden would “hold Russia to account” if he were president.

Though Harris was passionate in her accusations, they are only based on a New York Times story that, despite being repeated by other media outlets, has been called into question on numerous occasions.

Numerous intelligence officials and military investigations have found no proof of “Russian bounties.”

“Since those reports have come out regarding Russian programs, we’ve been looking specifically to identify corroborating information. We’ve not yet found it, but we continue to look for that,” David Helvey, the Pentagon’s deputy assistant secretary for Indo-Pacific Security Affairs, said during a congressional hearing just last month.

Numerous other military officials have also come forward to say nothing concrete has been found to back up the Times’ anonymously-sourced claims.

While Harris was praised by supporters on social media who have bought into the repeated accusation against Russia, US special envoy to Afghanistan Zalmay Khalilzad has said have been “supportive” of recent peace talks, many slammed Harris by providing reporting that there has, in fact, been no proof of her claims.

“How is anyone still bringing up the Russian Bounties with a straight face??? NSA-DIA questioned it, CIA acknowledged doubts about it, and the Pentagon says it has found no evidence of it,” journalist Aaron Mate tweeted.