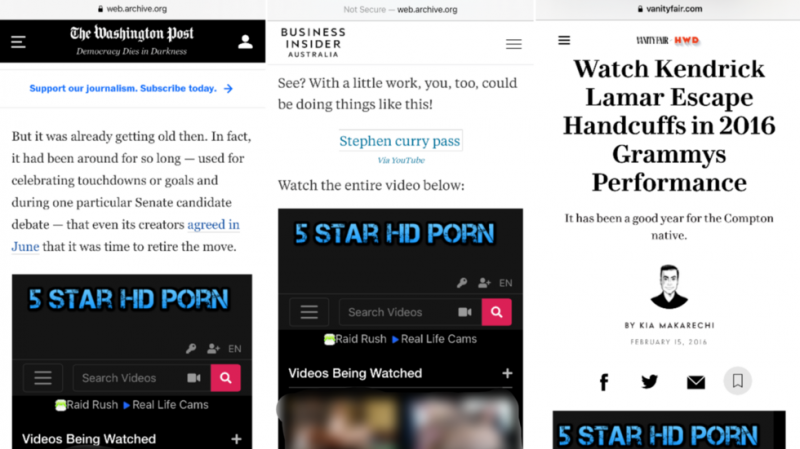 Perhaps most disturbingly, the youth-oriented gossip mag Teen Vogue was also swept up in the pornfest, seeing a wholesome, Christmas-themed article about pop singer Miley Cyrus transformed into an X-rated display.

For a brief time, an article at New York Magazine, appropriately headlined “John Boehner Answers Questions With Creepy Kissy Face,” was made all the creepier with the lewd videos, featuring titles like “Naughty Spy Girls Part 2” and “Bottoms Up Brianna.” The mag appears to have fixed the issue sometime on Thursday afternoon, however.

Tags across after hardcore others proliferates vogue washington