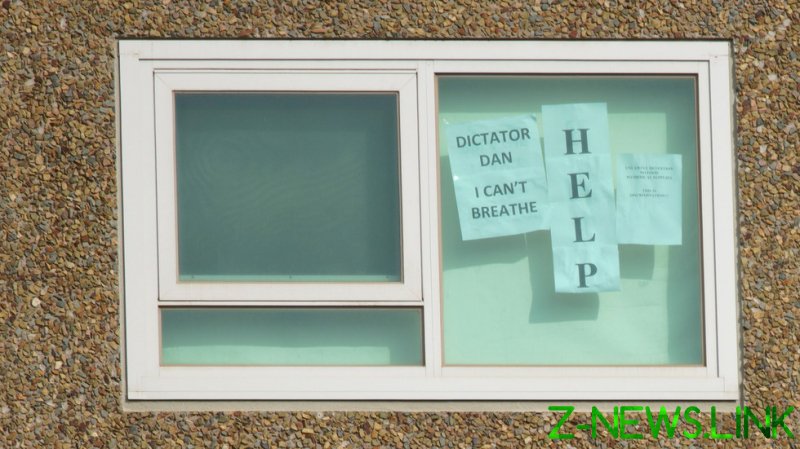 A summary issued by Victoria Ombudsman Deborah Glass on Thursday found that a strict lockdown implemented over nine public housing towers in July violated civil liberties and may have been illegal. It confined residents to their homes for nearly a week, leaving some without food or medicine.

“The rushed lockdown was not compatible with the residents’ human rights, including their right to humane treatment when deprived of liberty,” Glass wrote, adding that “the action appeared to be contrary to the law.”

The investigation identified several cases where fulfilment of seemingly urgent requests for medication was delayed or neglected by authorities administrating the lockdown. Residents were in some cases forced to rely upon family or community volunteers to collect and deliver essential supplies.

The official also criticized the measures as ill advised, given the state’s acting health chief was allowed only 15 minutes to consider the restrictions and their implications for human rights. She noted that “many of the problems associated with the lockdown appeared attributable to the immediacy of the intervention.”

Further, Glass said the state enforced the policy using “large numbers of uniformed Victoria Police officers,” which was described as “unnecessary and insensitive” by those living in the housing blocks.

“This aspect of the lockdown did not appear to have been the subject of noteworthy inter-agency discussion or debate,” she went on, saying authorities gave “insufficient consideration to how the significant police deployment was likely to be perceived … by residents.”

The ombudsman’s report listed a number of recommendations to the government, calling on officials to apologize for the “harm or distress” caused by the lockdown and to introduce “greater safeguards” around the use of “emergency detention powers.” It is not clear, however, what legal remedies residents in the housing towers might have going forward.

Though Victoria has tallied the vast majority of Australia’s 28,000-plus coronavirus infections, as of Thursday, the state has gone some 48 days without recording a single new case.