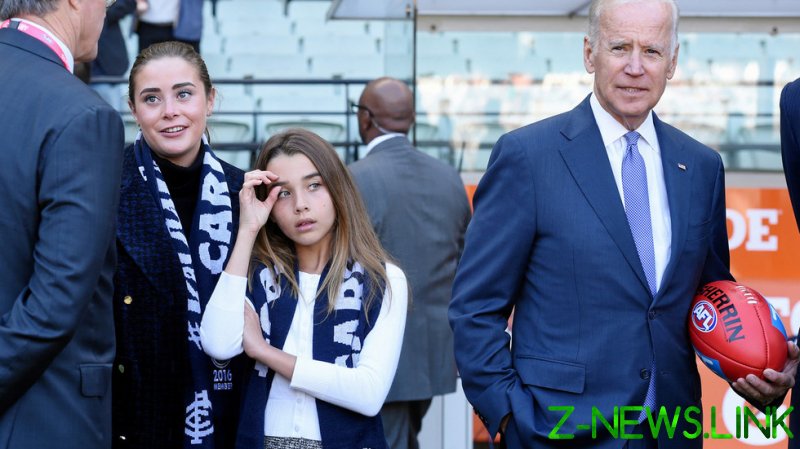 In the Monday article, titled, ‘Joe Biden, playing as Luigi, wins in Mario Kart race against granddaughter at Camp David’, staff writer Marina Watts reported on the details of Biden’s video game victory, prompting critics on social media to accuse the magazine of going easy on the new president.

The magazine gushed that Biden spent his first President’s Day weekend at Camp David with family. “Despite not being at the same gaming level as his granddaughter, the commander-in-chief came out victorious,” the article reads.

Twitter users sarcastically asked why Newsweek wasn’t instead holding Biden accountable for coronavirus deaths while he played, as “was customary with our last President.” They also complained about lower than expected stimulus checks, and children still detained at the Southern border, with many pointing out that former President Donald Trump was held to extreme standards by the press and rarely received such positive news coverage.

“The complete shift in how reporters cover Biden vs how they did Trump is so painfully obvious. But pointing out inconsistency to this bunch is meaningless. They simply don’t care,”tweeted libertarian commentator Eric July, while another user wrote, “This is the sort of hard hitting coverage we’ve been waiting for! Enjoy your 4 year vacation.”

Since Biden’s inauguration on January 20, US mainstream media have been accused of publishing abnormally fawning coverage of the Democrat – ranging from his interest in ice cream to his pet dogs – despite facing the same political problems of the day that Trump faced. GQ magazine even gave the new president a bizarre ‘virtual makeover’.

Trump’s fondness for golf was often criticized in the media, with reporters questioning why he was playing golf even in his free time while Americans were dying of Covid-19.