Home / policy / Happy to once again take up the controversial bill

Happy to once again take up the controversial bill 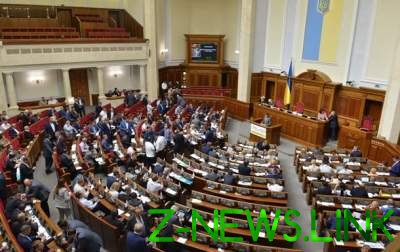 Turchynov is the speaker on the presidential bill.

Today the Verkhovna Rada once again will consider a bill On peculiarities of the state policy on ensuring state sovereignty of Ukraine on the temporarily occupied territories in the Donetsk and Lugansk regions. This is stated in the agenda of the Parliament, published on Friday, October 6.

To report on the presidential bill will be the Secretary of the NSDC Oleksandr Turchynov.

The agenda also States that the deputies will consider two bills prepared by Oksana Syroid and Andriy Illenko.

Recall, October 5, the Verkhovna Rada closed session, without adopting the law on the Donbass.

During consideration of the draft law on the Donbass people’s deputies from the faction of samopomich and Batkivshchyna blocked the Presidium of the Parliament. Given this, paruby announced a break in Parliament.