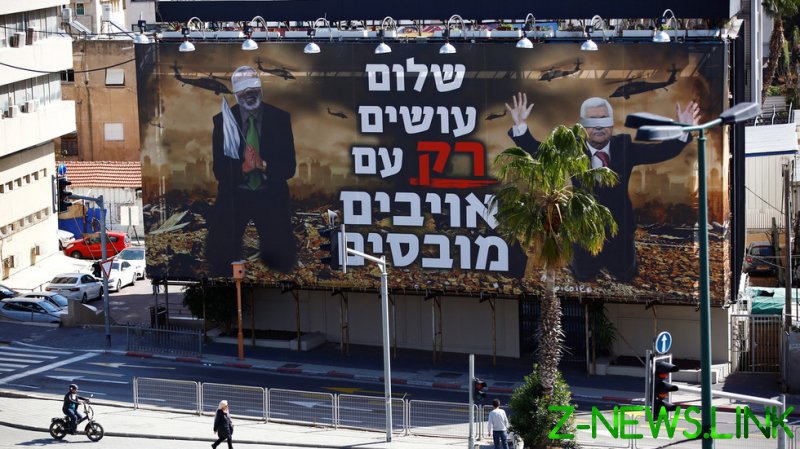 Abbas announced the decision early on Friday local time, saying the Palestinian Authority “will take the proper decision to preserve all our rights in east Jerusalem, our eternal capital, including the right to hold parliamentary elections there,” according to AP.

The election – first since 2006 – was scheduled for May 22. Israel has enforced a ban on PA activities in East Jerusalem, including campaign events, and has not said if it would allow voting by mail. Some 6,000 Palestinians would need to vote using the Israeli post office, while another 150,000 would not be affected.

Hamas was among those who accused Abbas of using East Jerusalem as a pretext to delay the election he’s expected to lose. Prior to his announcement, the group – whose name is an acronym for Islamic Resistance Movement – argued that Palestinians should look at ways of “forcing the elections in Jerusalem without the permission of or coordination with the occupation.”

Hamas said it “will not be party to any postponement or cancellation” and will hold responsible those who would make such a decision “in response to the veto of the occupation.”

Following Abbas’s announcement, Hamas called it a “coup.” The group, which runs the Gaza Strip sandwiched between Israel and Egypt, was expected to do well in the election because Fatah – the party descended from the Palestinian Liberation Organization – which runs things in the West Bank, has splintered into three competing lists.

Hamas refuses to recognize Israel’s existence, and Tel Aviv has no interest in seeing its influence among the Palestinians grow. A letter sent to Abbas said that Israel can’t take a position on the Palestinian vote because it hasn’t set up its own government yet, following last months’ general election.

Jerusalem was divided by the 1949 armistice following Israel’s declaration of independence the year prior. It has been under Israeli control since the 1967 war. Its annexation by Tel Aviv has not been internationally recognized, and the PA considers East Jerusalem its historical capital.

Abbas, 85, has been the Palestinian president since 2005. A presidential election was also planned for the end of July. The last election held by the PA, in 2006, saw Hamas take control of Gaza, from where it continues to clash with the Israeli military.