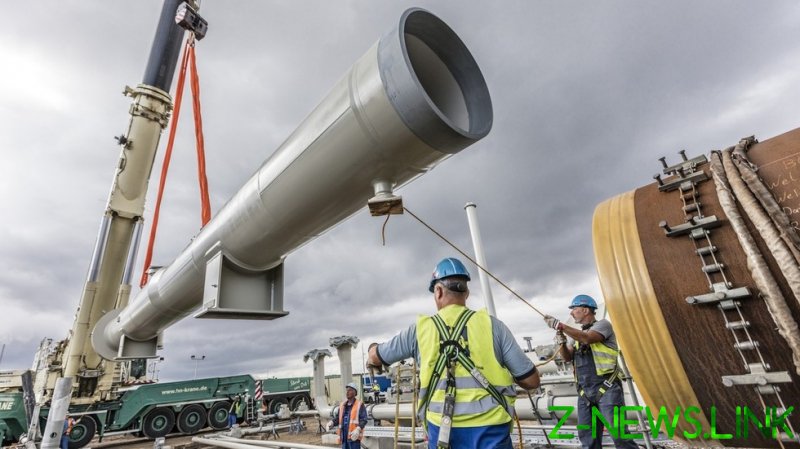 “If we stop the project now, we will inflict a great deal of harm, casting doubt on the reliability of decisions made on the basis of principles of the rule of law and would probably face court proceedings,” Federal Minister Svenja Schulze said in an interview with Redaktionsnetzwerk Deutschland (RND). She also noted that Nord Stream 2 has been granted all permits required by law and is nearing completion.

When the interview was published on Saturday, Russian pipelaying vessels were spotted closer to the construction site. The Akademik Cherskiy was heading to the German port of Wismar and was positioned nor far from it as of Sunday, according to MarineTraffic data. Meanwhile, another vessel, the Fortuna, was spotted in Danish waters off the coast of Bornholm island, where the final stretches of the pipeline are to be laid.

Nord Stream 2 has long been targeted by the US, which imposed multiple rounds of sanctions on the $11 billion project, while attempting to boost sales on its liquefied natural gas (LNG) to the European market. The latest expansion of sanctions targeted one of the ships that can help finish the project, the Fortuna, as well its owner, KVT-Rus.

Germany needs more natural gas imports, at least for the transition period as tries to phase out coal and nuclear power, and Berlin has repeatedly stressed that Nord Stream 2 should be completed. German Chancellor Angela Merkel defended the project once again on Thursday, saying that her position has not changed.

Earlier this week, the European Parliament called on EU member states to “immediately stop the completion” of the pipeline. The non-binding resolution, calling for tougher sanctions against Russia, came in response to Russian opposition figure Alexey Navalny’s arrest.