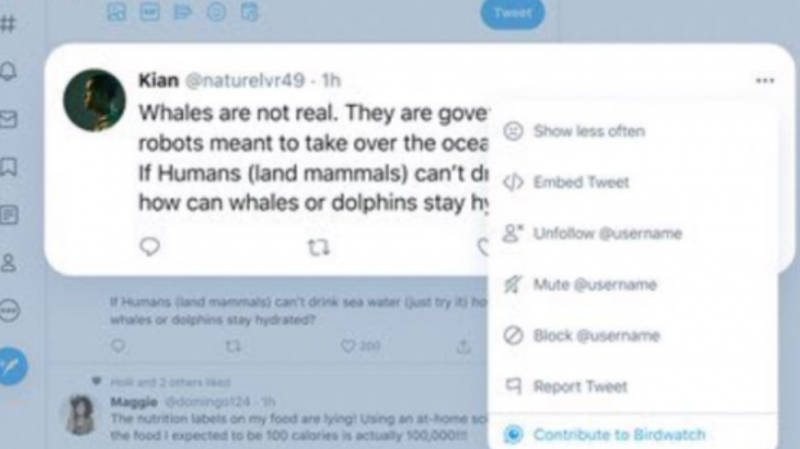 “We believe this approach has the potential to respond quickly when misleading information spreads, adding context that people trust and find valuable,” Twitter Vice President Keith Coleman said on Monday.

Birdwatch is starting out as a pilot project in the US only. During the pilot’s first phase, notes will only be visible on a separate Birdwatch website, where participants can rate the helpfulness of the user comments. Coleman said the company aims to eventually make notes visible directly on tweets, across all parts of the world, when there is consensus “from a broad and diverse set of contributors.”

Twitter has invited users to apply to become participants in the pilot project. They will be able to flag tweets with suspected misinformation through a drop-down menu.

However, many who have watched the company ramp up censorship of their voices and have seen similarly crowdsourced information sources, such as Wikipedia, manipulated – expressed skepticism over how alleged misinformation will be judged.

“Twitter is the last company I would trust to tell me what misinformation was,” journalist Barrett Wilson said.

Media critic Mark Dice called the initiative “Twitter hall monitors” and said it was “another reason to join Gab.com.” Journalist Alex Rubinstein tweeted, “You too can be a Twitter cop.” He added that the “reply button” already gives users the opportunity to dispute the accuracy of a message, and the new program is meant to “marginalize alternative voices and encourage snitching.”