Half of UK population now have antibodies against Covid-19, new data from govt stats agency shows 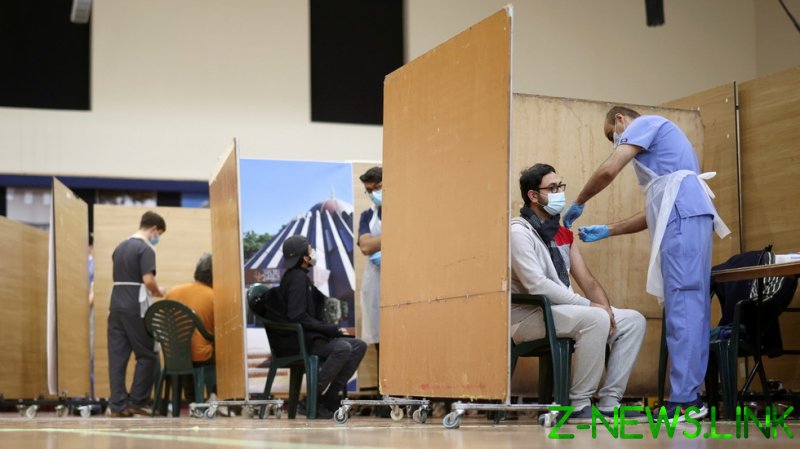 Blood samples have revealed that by the week ending March 14, 54.7% of England’s population had developed antibodies, suggesting they have been infected or vaccinated.

The ONS reported a reduction in antibody positivity rates among older people, but said this was probably caused by them only having received their first dose of a vaccine, and did not mean they weren’t protected.

Despite lower rates among some groups, the ONS said: “Across all four countries of the UK there is a clear pattern between vaccination and testing positive for Covid-19 antibodies.”

Regional variations for antibody levels across England showed a high of 60.0% in the north west, compared to 50.3% in the south east.

More than 30.6 million people in the UK have received their first dose of a Covid-19 vaccine to date, while over 3.8 million have had their second dose, according to government data.

UK Prime Minister Boris Johnson has said the government aims to vaccinate all the over-50s and those with existing medical conditions by mid-April, and all adults by the end of July.

According to the government’s lockdown exit plan for England, non-essential retail – including outdoor hospitality – will be allowed to reopen from April 12, with all social contact restrictions to be lifted from June 21.

The UK’s Covid-19 incidence rate was 56 per 100,000 people as of Tuesday, while the number of people testing positive in the last week has decreased by 7.9% on the previous seven days.