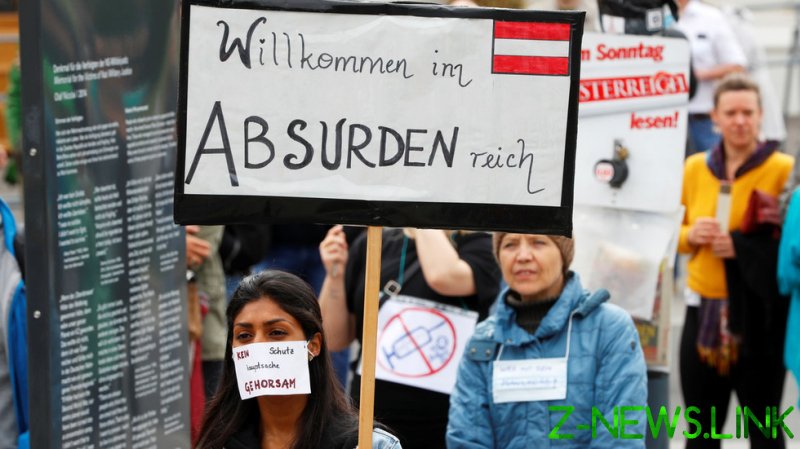 An increasing need to watch one’s mouth, which is in no small way influenced by modern “woke” trends, seems to be “getting on the nerves” of many Austrians, a survey commissioned by Der Standard newspaper revealed. Indeed, 57 percent of respondents said they’ve grown tired of being “increasingly dictated” to what they can and cannot say.

More than a half of Austrians also said that they often prefer not to express their more controversial opinions publicly, while admitting that “many” of their fellow citizens hold the same beliefs as they do.

According to Der Standard, supporters of the liberal Neos party or the Greens feel much less social pressure and are much more inclined to make their opinions public than the backers of the right-wing Freedom Party (FPO), who are more reluctant.

This could potentially push people into the arms of various conspiracy theorist groups, including the ‘Querdenken’ – an anti-lockdown movement, David Pfarrhofer, the director of the Market Research Institute which conducted the survey, said, adding that people might start to believe they would not be truly accepted elsewhere.

Pfarrhofer said that a comparable survey in Germany demonstrated similar results, with 63 percent of respondents believing there are some “unwritten” red lines they should not cross and 57 percent feeling irritated by being told what they can – and cannot – say.

Half of respondents said that one can be “unjustifiably” declared a right-winger in Austria and almost half said political correctness has been “exaggerated.” More than 40 percent believe a “small elite” group is defining which opinions are considered “acceptable” – an idea Der Standard defined as a “conspiracy theory.”

Only 14 percent of Austrians believe it’s a good idea to change children’s books to include “corrected” language to conform to the modern norms of political correctness.

Still, the majority of those surveyed defined themselves as tolerant people who would have no problems with others around them holding opinions that are “totally different” from their own.