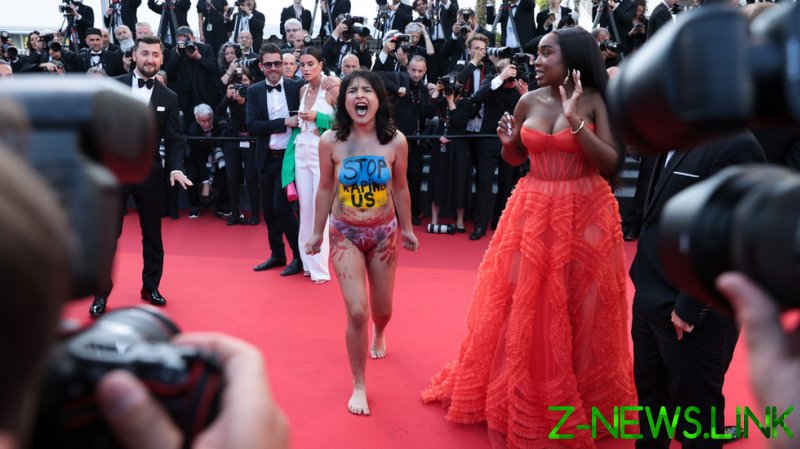 A topless activist crashed the red carpet at Cannes on Friday, protesting over alleged sexual violence against Ukrainian women amid the ongoing conflict between Kiev and Moscow. The incident unfolded ahead of a screening of George Miller’s film ‘Three Thousand Years Of Longing’.

The activist, who had apparently posed as one of the guests, walked the red carpet before abruptly taking off her dress, footage from the scene shows. She was left wearing nothing but red-stained underwear, with the colors of the of the Ukrainian flag and the words “Stop raping us” painted across her chest and stomach. The screaming protester was promptly swarmed by security and led away.

Hard-line feminist group SCUM claimed responsibility for the stunt, stating on Twitter that the performance was intended “to denounce sexual violence inflicted on Ukrainian women amid the war.” 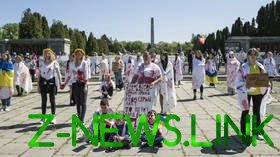 While little is known about the group behind the protest, its name is an obvious nod to the 1960s “SCUM manifesto” by Valerie Solanas, a radical American feminist. The identity of the activist who crashed the red carpet was not immediately revealed, and it is not known whether she will face any repercussions over her stunt.