Home / sports / Halep, Monday will be the first racket of the world

Halep, Monday will be the first racket of the world 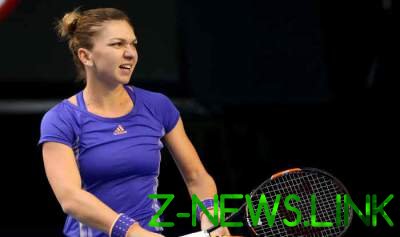 Romanian tennis player Simona Halep reached the final of a major tournament in Beijing and ensured their debut climbing to the top of the WTA rankings.

During the season Halep has been in step from the status of the first racket of the world, but neither Roland Garros nor Wimbledon failed to gain the required number of points.

Another chance Halep received in Beijing – the current first racket of the world Garbinie of a celestial body due to injury, didn’t play the second round match against Barbora Strycova and jeopardize his lead in the world rankings.

Halep for the debut of falling at the first line in the WTA rankings was enough to reach the final. And the Romanian made it through a very difficult grid (Alison Riske, Magdalena Rybarikova, Maria Sharapova, Daria Kasatkina and Elena Ostapenko).

Monday, October 9, Halep will be the 25th first racket of the world in the history of the WTA tour and the first from Romania. Along the way, Halep will become the co-author of a repetition of the record for the second time in history during the season on top of the world rankings will be five players (Angelique Kerber, Serena Williams, Karolina Pliskova, Garbine Muguruza and Simona Halep).

This season, Simona Halep has won one title (Madrid) and in three tournaments stopped in a step from victory (Roland Garros, Rome and Cincinnati).