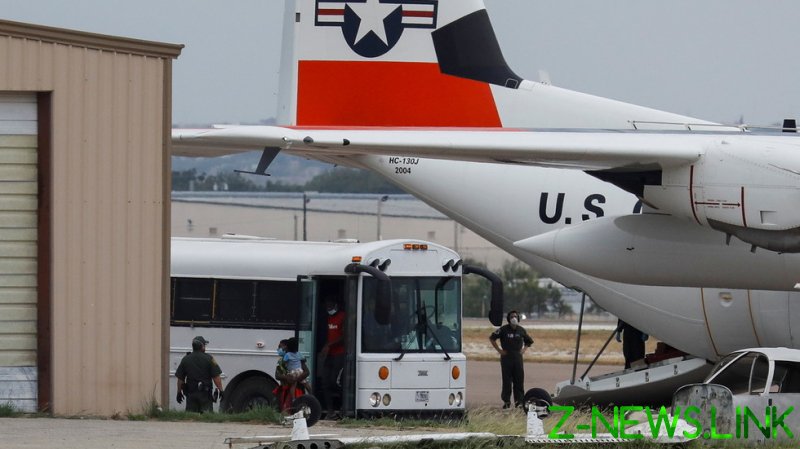 Haitian refugees have been released on a “very, very large scale” over the last week, one US official with “direct knowledge” of the situation told the AP on Tuesday, suggesting the number could be in the thousands. Another official who declined to be named confirmed that many of the migrants were being processed under immigration laws and had not been placed on expulsion flights back to Haiti, contrary to the administration’s claims.

Some have been given notices to appear at an immigration office within 60 days, the first official said, noting that this process was quicker than ordering an appearance at immigration court, and suggesting it highlighted a sense of urgency among US officials.

The Department of Homeland Security (DHS) has been busing Haitians to other cities in Texas for processing, after they set up a makeshift encampment under an overpass in Del Rio. Some 14,000 asylum-seekers had gathered there in recent weeks, seeking entry to the US in the wake of last month’s earthquake in their country and the political turmoil after the assassination of their president in July. Some were flown to Tucson, Arizona for processing, the official added. Coast Guard planes have also reportedly taken part in the transportation operation.

To justify the expulsions, the Biden administration has invoked a federal law known as Title 42, which allows the government to bar entry to or expel anyone feared to be carrying a dangerous communicable disease. The same provision was repeatedly cited by former president Donald Trump to keep out large numbers of migrants at the height of the Covid-19 pandemic. Biden has now done much the same, extending the Title 42 measure last month despite repeatedly vowing to overturn his predecessor’s immigration policies.

DHS chief Alejandro Mayorkas, who recently traveled to Del Rio, defended the deportations on Monday, saying “If you come to the United States illegally, you will be returned, your journey will not succeed, and you will be endangering your life and your family’s life.” He later told MSNBC’s Joy Reid that the administration would “continue to exercise our Title 42 authority in light of the public-health imperative,” though he acknowledged the measure is currently being contested in the courts.

The officials’ claims that migrants are not, in fact, being flown back home were also corroborated by AP reporters, who saw refugees released at a Del Rio bus station, despite Mayorkas’ earlier assurances.

While Texas Governor Greg Abbott estimated the number of migrants camped out under the bridge had dropped from 14,000 to some 8,600 as of Tuesday, it is unclear how many of those 5,400 people ended up back in Haiti on expulsion flights.