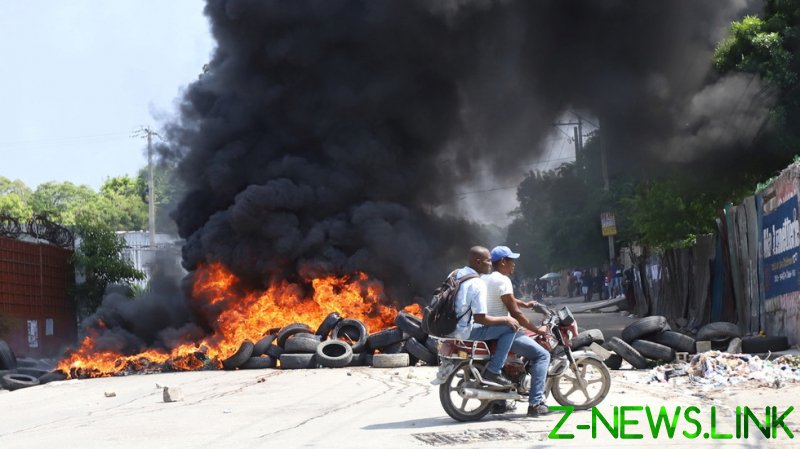 Over the weekend, the kidnappers contacted Christian Aid Ministries – an Ohio-based missionary group whose members were kidnapped – and demanded the ransom, Haitian Justice Minister Liszt Quitel told several US media outlets on Tuesday.

The missionary group has been in contact with the gang since then and several phone calls have been made, the minister said, adding that local police negotiators and FBI agents were advising the group on how to proceed. He provided no details as to the progress of the talks, however.

FBI agents are on the ground in Haiti, CNN reported, adding that they were not leading the negotiations and had not spoken directly to the gang.

The agency is “part of a coordinated US government effort to get the Americans involved to safety,” an FBI spokesperson told the channel, adding that “due to operational considerations, no further information is available at this time.”

In total, the gang, identified as 400 Mawozo, are demanding $17 million for the release of all the hostages. The missionaries and their families were abducted last Saturday while they were traveling on a bus not far from the Caribbean nation’s capital, Port-au-Prince. According to some media reports, they were visiting an orphanage.

Initial reports suggested there were at least three children among those kidnapped. On Tuesday, the Wall Street Journal reported, citing Quitel, that the group included children aged three, six, 14 and 15 years old, as well as an eight-month-old baby.

According to the minister, the hostages are being held somewhere outside of Croix-des-Bouquets, a suburb of the capital controlled by the gang.

“The kidnappers have been warned about harming the hostages and what may be the consequences for them [if that were to happen]. But they are not swayed by those warnings,” the minister added.

The incident is one of the gravest kidnappings in recent years, although abductions have recently become increasingly common in the country, which has been engulfed in turmoil for years. Its president, Jovenel Moïse, was assassinated at his residence in July, amid a continuously worsening economic situation, and another earthquake hit Haiti in August.