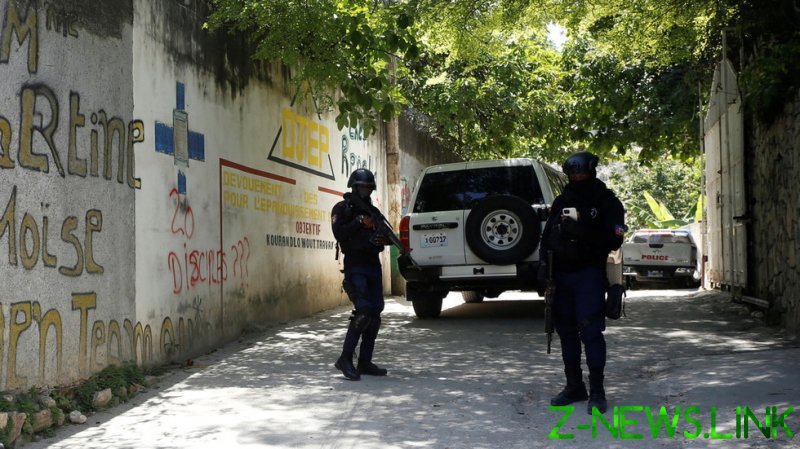 The minister, Mathias Pierre, said the request was made after US Secretary of State Tony Blinken and President Joe Biden himself had “promised to help Haiti” in the wake of the president’s murder earlier this week, the Times reported on Friday. He warned that “urban terrorists” could exploit current tensions and carry out further attacks.

“The group that financed the mercenaries want to create chaos in the country,” Pierre said. “Attacking the gas reserves and airport might be part of the plan.”

Asked by Sputnik for clarification on whether the Pentagon would send any military support to the Caribbean island nation, a department spokesperson declined to comment.

While State Department spokeswoman Jalina Porter also said during a Friday press briefing that she could not confirm that such a request was made, White House press secretary Jen Psaki did note that federal agents from the FBI and the Department of Homeland Security would be dispatched to the Haitian capital to assist “as soon as possible.”

Robenson Geffrard, a journalist at Le Nouvelliste, a major Haitian newspaper, echoed Pierre’s concerns about unrest, saying there is now a “sense of uncertainty” and a “shadow of violence” hanging over the country, which had already been in the grips of a political crisis even before the hit on the president.

Moise was shot dead by a group of gunmen at his home near Port-au-Prince early on Wednesday morning; his wife was also severely injured and airlifted to a hospital in Miami, Florida.

While few details about the assassins have emerged, Haitian officials have alleged that at least 28 people were behind the plot, including 26 Colombian citizens and two Haitian-Americans. National police chief Leon Charles confirmed on Thursday that 15 Colombians and the two Americans had been taken into custody, while three others were killed in firefights with police. At the time, he said eight more suspects remained at large.

Colombia’s Defense Minister Diego Molano also said on Thursday that preliminary information suggests that former members of his country’s military had participated in the murder plot.

The two Haitian-Americans, identified as James Solages and Joseph Vincent, have admitted to working as translators for the assassins, according to Haitian Judge Clement Noel, as cited by the Times. They claimed the original plan was to kidnap the president and move him to the national palace, though the judge noted that Solages was “very evasive” in some of his answers, adding that the testimony did not offer much detail on the wider plot or possible motives.

As fears of unrest run high, Haiti remains in an official “state of siege,” with curfews, border closures and stricter media controls imposed nationwide, while soldiers have been deployed to police the streets. The 15-day emergency order will stay in effect until later this month.