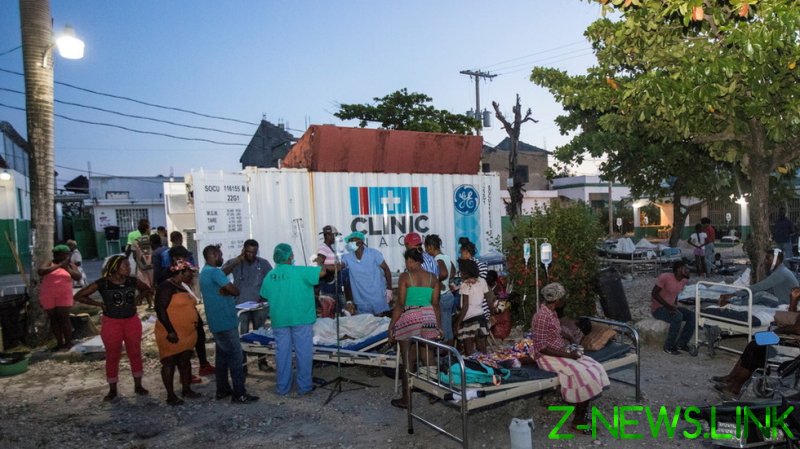 Haiti’s civil protection agency raised the death toll on Sunday morning, a day after the country was shaken by a magnitude-7.2 earthquake. The quake struck the island nation’s southern peninsula, collapsing buildings in several towns and leaving streets strewn with rubble.

A government press release noted that 500 people had been killed in the south of the country – 100 in the area of Grand-Anse, 122 in the town of Nippes, and two in the northwest – and that more than 2,800 people had been injured.

The earthquake struck less than 10 kilometers (six miles) from Nippes, and caused significant damage to nearby towns. Videos from the towns of Jérémie and Les Cayes showed homes leveled, and hospitals in these locations were reportedly overwhelmed within an hour of the quake.

A powerful aftershock hit some 31km (19 miles) north of Jérémie in the early hours of Sunday morning, with the United States Geological Survey noting that this alone had the potential to cause casualties.

Haitian Prime Minister Ariel Henry has declared a month-long state of emergency, and US President Joe Biden has charged USAID Administrator Samantha Power with leading the American response to the disaster. However, relief may be some time off yet, as Tropical Storm Grace bears down on the impoverished and tragedy-stricken nation.

The storm is currently moving northwest from near Puerto Rico, and is expected to affect Haiti and the Dominican Republic by Monday or Tuesday. With wind speeds currently at around 64km/h (40mph), Grace could deluge Haiti with up to 25cm (10 inches) of rain, according to the US National Hurricane Center.