Home / policy / Haftar has cast a shadow between Shoigu and Lavrov

Haftar has cast a shadow between Shoigu and Lavrov 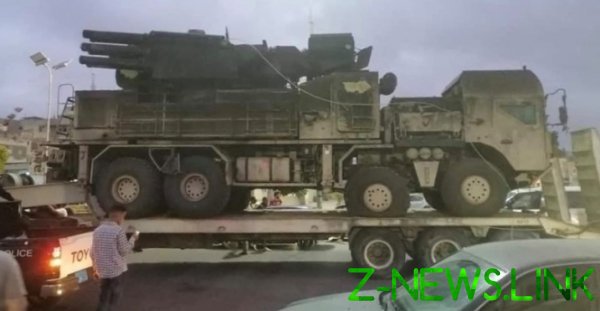 In the ranks of Russian government an obvious split on the war in Libya, said military expert Pavel Felgenhauer.

Troops recognized by the UN national consensus Government of Libya (NTC) after weeks of fighting captured a major military air base of al-Vatiya, located 140 kilometers southwest of the capital, Tripoli. In 2014, this base was in the hands of the Libyan national army (LNA) Khalifa the Haftarot and was used for air strikes on the capital controlled by the NTC, headed by Prime Minister Faiz by Sarraj.

It is reported that the strength of the Haftarot, retreating hastily left their opponents from the NTC Russian self-propelled air defense missile-gun complex (zrpk) “Pantsir-S1” and helicopter Mi-35M. In addition, during the fighting for the base was destroyed three “Shell”, a truck with missiles and electronic warfare system (EW) “Krasuha” Russian production.

The NTC and the LDF are supported by different groups of countries. In particular, the strength of the Haftarot have support in Russia, and the government Saraga relies on Turkey. Almost immediately after the news of the defeat (not the first in recent time) of the Haftarah, it became known that on may 18, the presidents of Russia and Turkey Vladimir Putin and Recep Tayyip Erdogan held telephone talks, the results of which agreed on the need for “an early resumption of the indefinite truce and mezhliviysky dialogue based on the decisions of the Berlin international conference January 19, 2020.”

Prior to this, Erdogan has repeatedly said that Libya has a large number of Russian mercenaries from PMC “Wagner”.

Almost simultaneously it became known that the foreign Minister of the European Union Josep Borrell also in a telephone conversation with Faiz by Sarraj discussed the new Mediterranean EU operation Irini, which will be to curbing the illicit supply of weapons to Libya.

About the background of the events unfolding in Libya, the observer of “Rosbalt” said military expert Pavel Felgenhauer.

— Why the Kremlin got involved in the war in Syria more or less clear- there are two Russian military bases and friendly regime of Bashar al-Assad. But what, in your opinion, Moscow has forgotten Libya? Resources?

— Traditional ties. Especially through the Ministry of defence. In addition, the Haftarot yet controls most of the Libyan oil. Although there is a rather complicated situation…

Well, these weapons are there, the same “Shell”, actually from Abu Dhabi (United Arab Emirates). The fact that the UAE and, to a lesser extent, Saudi Arabia supported the Haftarot. By the way Abu Dhabi is the largest and richest Emirate in the UAE, with the biggest army. They sent Shells to Libya. Our did not object.

It should be noted that the Russian attitude to the Libyan conflict rather difficult. Different departments in Moscow hold different points of view on it. The Ministry of defence of the Russian Federation supports the Haftarot, and the foreign Ministry and the Kremlin — not exactly.

— It happens. This departmental differences. They are manifested particularly clearly during the January talks in Moscow, when the Kremlin tried to sit down at a negotiating table Caraga and the Haftarot. Let me remind you, Haftar then signed nothing and left. Ministry of defense of Russia supported him, and our foreign Ministry chastised for it.

Technically, as said Vladimir Putin, in Libya we stick to neutrality, but about vagnerova do not know they are there, allegedly, by themselves. However, recently in some Russian Pro-Kremlin mass-media there were publications about that vagnerova there were ordered to move away from the front line, and the Haftarot ceased to pay them. In addition, our in Libya build relationships with Sarraj. So there, again, ambiguous situation.

In the Libyan conflict, Turkey, Qatar, Algeria, Tunisia and Italy support the NTC Caraga and the United Arab Emirates, Saudi Arabia, Greece, Egypt and France are on the side of the LDF Haftarot. The Syrians are fighting with one and, on the other hand. The United States take a neutral stance.

In Moscow on this issue, as I said, also formally impartial, but in reality there is no unity — different departments hold the opposite opinions. Let me remind you that the head of the Russian defense Ministry Sergei Shoigu met on several occasions with Haftarot and is his supporter, and the Minister of foreign Affairs Sergey Lavrov — no, he had publicly denounced the actions of the Libyan military.

— Some of the items Moscow is now more significant?

Now, in my opinion, the prevailing opinion of the foreign Ministry, which is that the Haftarot too gone too far and need to stop its support. Moreover, it became very clear that Tripoli he will not take. I like it, and before it was clear because Saraga fighting brigade of Misrata (the third largest city in Libya, — “Rosbalt“) — and these are the best fighters in the country. In addition, Haftar managed to quarrel with its own Parliament, which sits in Tobruk. In General, the Haftarot all very bad.