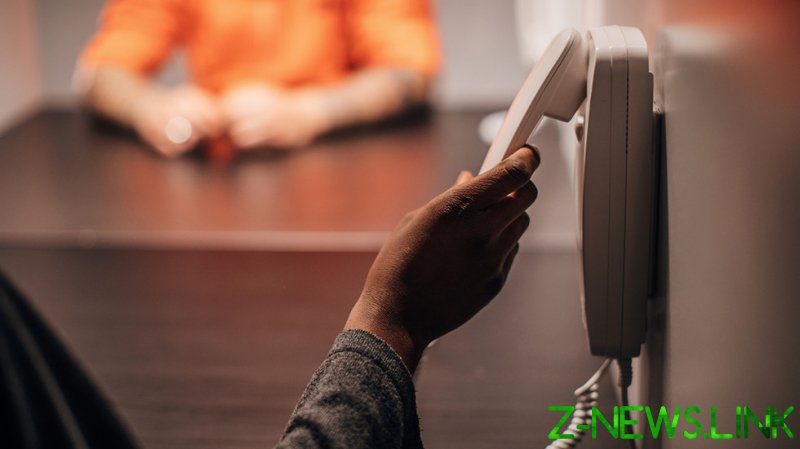 Gottesfeld is serving a 10-year sentence for a “cyberattack” on Boston Children’s Hospital in 2014 – which he says he did to help end the “torture” of the teen girl Justina Pelletier, who was being administered the wrong treatment while her parents lost custody of their daughter to the state for trying to protest it.

Gottesfeld, who was later arrested by the FBI and went through several prisons, is currently locked up at the communications management unit (CMU) of the federal penitentiary in Terre Haute, Indiana, which he dubbed “Little Guantanamo.”

In an email obtained by RT, Gottesfeld wrote that he was “totally banned” from using the telephone, and had the contact for his wife Dana “administratively blocked” by the Bureau of Prisons earlier this week. He says this followed a phone call with Dana on September 16, in which he discussed “Unit Manager Todd Royer’s vicious sexual abuse against me and other prisoners here.”

Two days after that call, RT published an interview with Gottesfeld in which he pointed out connections between the judges involved in his case and the hospital he was convicted of hacking, arguing they pointed to “judicial corruption” and “shenanigans.”

“Apparently, the law doesn’t apply in America anymore,” he concluded.

Calling the telephone ban “retaliation” for what he says was his “persistent documentation of Mr. Royer’s unmitigated sexual abuse inside Little Guantanamo” and other things, Gottesfeld said that if he goes silent it should be interpreted as evidence that sexual abuse “continues unabated” and that a number of BOP officials – which he listed by name – “willfully thumb their noses at the relevant law and regulations, but also as evidence of their very conscious cover-up.”

Gottesfeld accused Royer of “thinly veiled, unescorted, off-camera sexual advances, reaching his hand into occupied prisoner showers, and voyeurism of prisoners defecating” and said the nature of the high-security prison makes it a “perfect hunting grounds for sexual predators.”

“I will not be intimidated or silenced by sexual abusers and their cover-up-artist cronies in the crookedest federal agency,” Gottesfeld vowed in the email. “If anything, my resolve around my free-speech and due-process rights is hardened.”

Last month, Gottesfeld was blocked from communicating with his attorneys, after writing an article for RT about the conditions at the Terre Haute CMU.

The 55-cell complex is located in the former death row. When it opened in late 2006, 15 out of its 17 inmates were Muslims convicted on terrorism charges. Prisoners at the CMU are under constant audio and video surveillance, with all of their calls and emails monitored as well.

Gottesfeld was sentenced in January 2019 for his April 2014 distributed denial-of-service (DDoS) attack on the Boston Children’s Hospital. Gottesfeld didn’t try to cover his tracks because he believed what he was doing was right, and told RT last week he still had no regrets, because of what the hospital was doing to Pelletier, a teenager suffering from a rare blood disease.

“I would do it all over again if I was in the same situation. It shouldn’t be like this in this country. What happened to her shouldn’t have happened. It’s an atrocity. Unacceptable,” he said.

Pelletier has since been reunited with her family and resumed her much-needed treatment, while her parents are now trying to sue the Boston Children’s Hospital over negligence.