Home / photo report / Hachiko and the other dogs included in the history. Photo

Hachiko and the other dogs included in the history. Photo 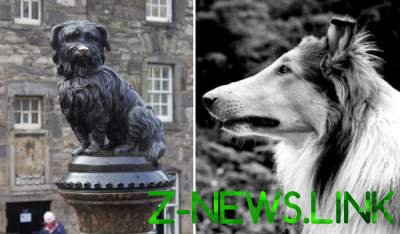 The most famous dogs in history.

People and dogs live side-by-side at least fourteen thousand years. The earliest joint burial of man and dog is located in Germany, near Bonn (Bonn-Oberkassel). Since the late Paleolithic humans and dogs have changed a lot, but mutual love during coevolution only increased. Scientists have proved the existence of interspecies affection. Increasing the level of oxytocin in the blood, which was previously noted at the time of contact of mothers and their children happens at the moment when a person looks into the eyes of your dog. In the material – those who became famous for the devotion and help people. 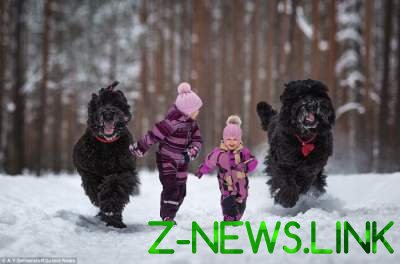 Photographer Andrey Seliverstov. Barbara, Vasilisa and black Terriers of the Hobbit and the Quadrille.

Watchdog unknown Pharaoh of dynasty VI (2345 – 2181 BC) went down in history as one of the first Pets, whose name is known. The plaque, found at Giza, embossed: “Abutu, the guard of the Lord”. Tesem is a breed similar to a Greyhound with protruding ears. Presumably, the name translates as “Pointy”. 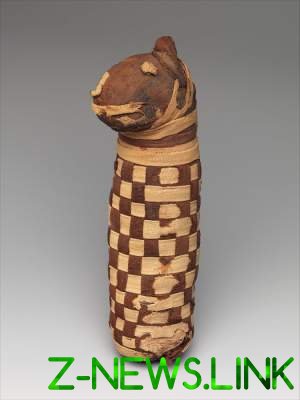 The mummy dogs, the Metropolitan Museum of art.

Unique folk Saint of the XIII century, the patron Saint of babies – not the person. Vagrant story tells about a legendary hound that belonged to Lyon knight, Lord of Villar-EN-Dąbie. Once the owner went hunting, leaving his baby son in the care of a faithful dog. When he returned, the Lord was horrified: the cradle was overturned, the child disappeared, and the mouth of Genforce was covered with blood. Kill the assassin, the knight heard the cry. Alive and well, the son was lying next to the broken body of a huge Viper.

The local people believed that the tomb of the dog-Martyr miraculous. The cult persisted until the early twentieth century, despite repeated prohibitions of the Catholic Church. 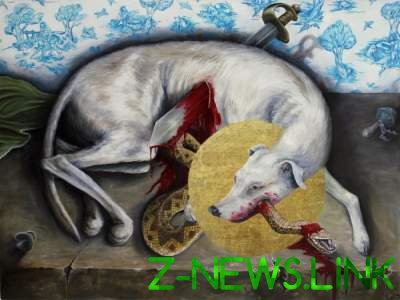 Illustration to the legend.

A symbol of fidelity

A Skye Terrier named Bobby, and in the story it went like Greyfriars Bobby (named after the cemetery where he was buried by his owner, policeman John gray). Two years man and dog have lived together. And then fourteen years old little ball of fur guarding the grave of John, excommunicated only to eat or to warm up a bit at the cafe. Old animal is legalized by the local municipality. Bobby put a collar with a brass plate on which was engraved the permission to freely live on the streets of Edinburgh. And after the dog was buried along with the owner, the Baroness Burdett-Coutts, philanthropist, ordered the creation of the monument. Bronze Bobby with grated tourists nose and now sits at the top of his little growth on the fountain and looking at passers-by. 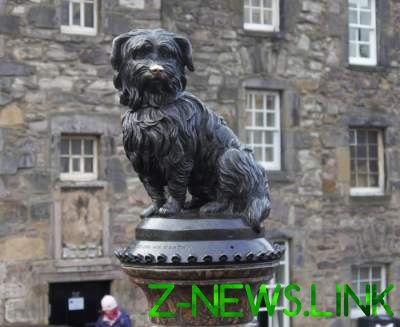 The unparalleled love and devotion – a dog’s virtues. In the nineteenth century in Edinburgh these qualities looked like this. Photo: the monument to Greyfriars Bobby

Akita inu Hachiko (“eight attachments”) after the same film is also known as a symbol of canine loyalty. Dog Hidesaburo Ueno, Tokyo Professor of the Department of agriculture, every day, accompanied his master on the train and met from work. And, not wanting to get used to the new family continued to walk to the station nine years after the Professor’s death. Hachiko became a monument during his lifetime. At the Shibuya station with his statue is a popular meeting place. 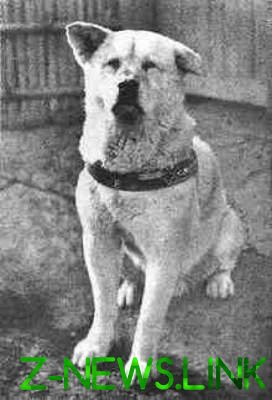 Kharkov Dean, Volkas was the commander of the platoon trainers-miners, the heroine of the great Patriotic war. Glorified dog, Dean and Dzhul’bars, the soldiers of the 14th assault engineer brigade.

Dean, a pupil of Dina, known as minisatellite and the first dog-saboteur. In the fall of 1943, a plucky mongrel has managed to undermine the enemy echelon and stay alive. 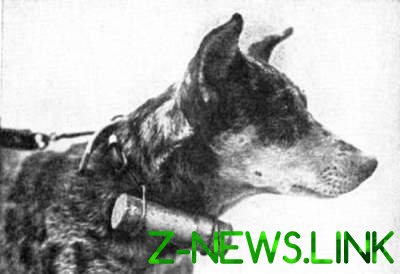 Dzhul’bars indicated 7468 mines and more than 150 shells. Military historian mark Steinberg writes that the dog was awarded the medal “For military merit” and participated in the Victory parade, lying on the jacket of Stalin: the red detector was wounded. And in peacetime, “Crook” became an actor and played the lead role in the movie “White Fang.” 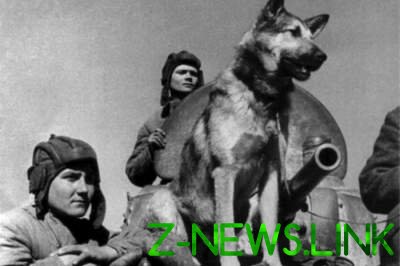 PEL – PAL is one of the most famous dog actors. He was the first in a series of collie, who played the famed fictional dog of cinema – loving, intelligent and beautiful lassie. Pala career started with a difficult trick. Candidate for the role needed to enter into a river, to swim to get to shore, not shaking, falling on its side and still stopping to look absolutely exhausted. The episode was filmed the first time.

The first film was followed by another seven, then two of the television project. Descendants Pala has continued its winning streak lassie on the planet. 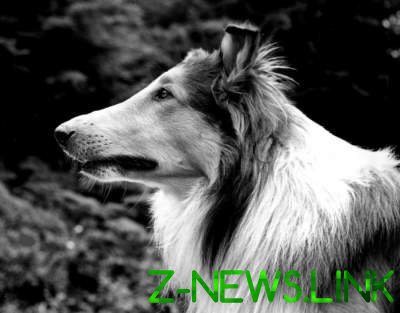 PEL in the role of lassie.

The dog in the ranks

If you look at the picture, you would think that this is a pretty Pyrenean shepherd. However, the Duke – one of a kind. It’s ten years old. This is the third time he was elected to the post of mayor of a small town cormorant (USA, Minnesota). The slogan of the campaign was the phrase “This guy loves people, and people respond in kind”. Policies focused on transport question: he loudly resents speeding. According to officials, the observations the officers had a good influence on local drivers. And the admiration of the snow-white coat has brought together all the thousands of cormorants together. 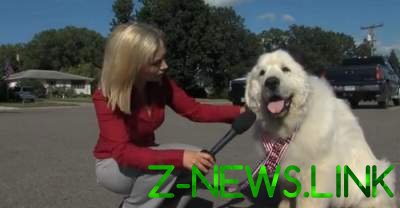