Gymnast Radivilov voted the best athlete of Ukraine in November 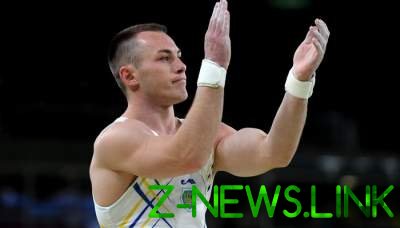 The national Olympic Committee has summed up the results of the eleventh month of 2017.

In November, the Commission of experts of the IOC noted the performances of Ukrainian athletes at international competitions in biathlon, Cycling, judo, gymnastics and fencing.

For the second consecutive month monthly award from the NOC got the gymnast Igor Radivilov. Ukrainian were great at the world Cup in Cottbus (Germany) became the winner in competition on the rings and showing the second best result in the vault.

In October Radivilova noted for his successful trip to the world Championships in Montreal. From Canada one of the strongest gymnasts of the country brought the silver in the vault.

Personal trainer Radivilova Vyacheslav Lavrukhin second time in a row became the best coach of the month in Ukraine.