Home / WORLD / ‘Guys no longer needed?’: Biden’s Build Back Better slideshow dubbed a dystopian display of relying on govt from ‘cradle to grave’

‘Guys no longer needed?’: Biden’s Build Back Better slideshow dubbed a dystopian display of relying on govt from ‘cradle to grave’ 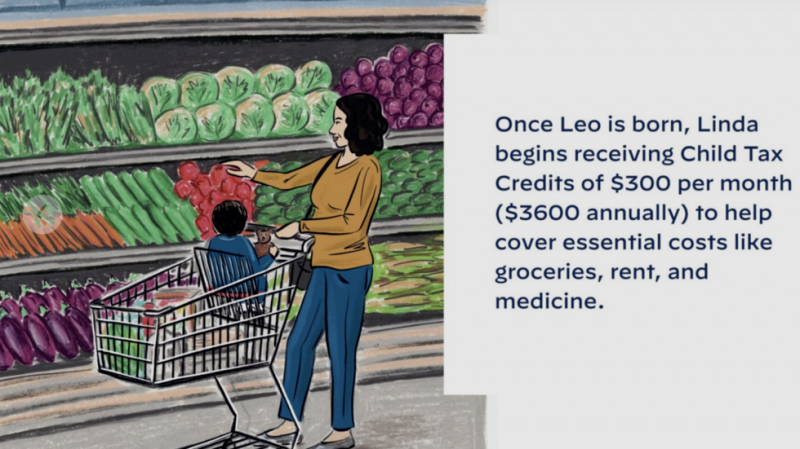 The slideshow is part of a White House release highlighting the potential benefits of Biden’s proposal, which has been continuously held up in congressional negotiations.

In the animations, a pregnant woman named Linda is shown. She is described as a “production worker” who makes $40,000 a year. Subsequent slides then show the government benefits Biden’s spending package would give Linda, who is never shown to have a partner, nor is the child shown to have a father.

As the slideshow displays different points of Linda’s child’s life, it highlights a specific government benefit she can receive to help offset the cost of things like daycare and college.

Linda’s child, Leo, is later shown to get a “good-paying union job” as a wind turbine technician, a job we are told only exists because of support provided through Biden’s economic plan.

In the final slide, Linda’s usefulness concludes and she needs “home care and hearing care,” which she can only access because of Biden’s plan.

The reliance on cartoons to sell trillions in spending – though Biden insists the actual cost to most taxpayers will be zero – has made the administration’s ‘Life of Linda’ inspire more mockery than support, with many describing the release as “dystopian.”

Others pointed to the odd fact that Leo is never shown to have more than one parent.

“Is this utopia? My government provides for all my needs and I don’t need a husband or father,” another added.

The ‘Life of Linda’ project is a play on the ‘Life of Julia’ slideshow, used during the 2012 presidential campaign by then-President Barack Obama and then-Vice President Joe Biden. The slideshow similarly depicted a pregnant woman benefiting from government programs touted by the administration. It was also similarly mocked by conservatives at the time for promoting government dependency.

The current framework for the Build Back Better climate and economic proposal calls for $1.75 trillion in spending.