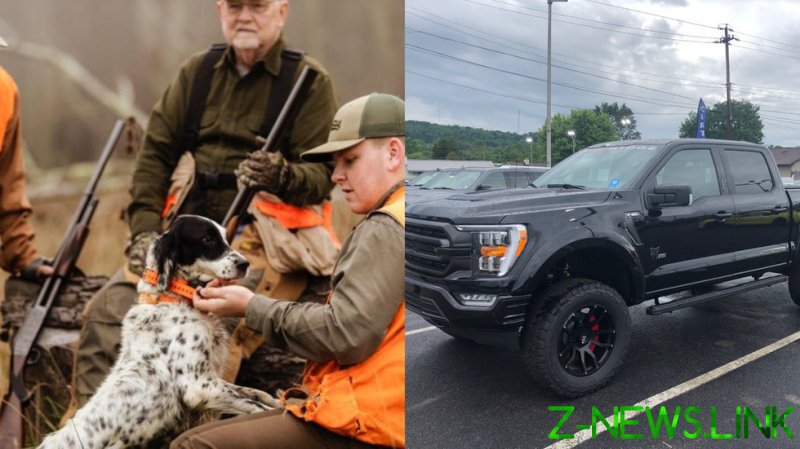 West Virginia’s giveaway will include a $1.588 million grand prize, a second prize of $588,000, and multiple full scholarships to any higher education institution in the state – but also custom-outfitted trucks, lifetime hunting and fishing licenses, as well as hunting rifles and hunting shotguns.

“There are going to be so many wonderful prizes that you can win, it will blow you away,” Justice said when he teased the lottery last week. On Tuesday, he revealed the range of prizes and the start of the lottery campaign: June 20, the anniversary of West Virginia’s statehood.

A former Democrat who switched parties in August 2017, Justice justified the giveaway by saying it will actually save the state money on hospitalizations and running vaccination clinics.

“If the tab just keeps running the cost is enormous. The hospitalizations are enormous. We have to get all of our folks across the finish line,” he said.

Known for mountains, coal-mining and tourism, West Virginia has less than two million residents. Those who have already been vaccinated will need to register on a state website – which is still in the works – to be eligible for the prizes. The campaign is scheduled to run through August 4. This lottery is on top of the giveaway Justice announced in April, offering vaccinated residents in the 16-35 age group a chance to get a $100 gift card or savings bond. Over 20,000 people have registered since.

Many US states have embraced lottery-style incentives to get their residents to vaccinate, flush with federal cash from the $1.9 trillion American Rescue Plan – which became law in March without any Republican votes. California Governor Gavin Newsom announced the ‘Vax for the Win’ lottery last week, offering $50 “incentive cards” to fully vaccinated residents, thirty $50,000 prizes next week and ten $1.5 million prizes to be announced on June 15.

Newsom’s fellow Democrat Jared Polis in Colorado has rolled out the ‘Colorado Comeback Cash’, weekly random drawings starting on June 4, with five winners set to take home $1 million each. His model was the ‘Ohio Vax-a-Million’ lottery, which started May 26 and will award $1 million each week to an adult resident who has received at least one Covid-19 vaccine dose, according to Governor Mike DeWine, a Republican.

State lottery drives were preceded by local and corporate incentive campaigns, such as New Orleans giving away free crawfish – a Louisiana seafood staple – or Krispy Kreme offering a free donut every week to anyone who shows a vaccination card.

As of Tuesday, 135,867,425 people in the US have been fully vaccinated, while 168,489,729 have received at least one dose – according to the Centers for Disease Control and Prevention (CDC) – out of an estimated population of 330 million.