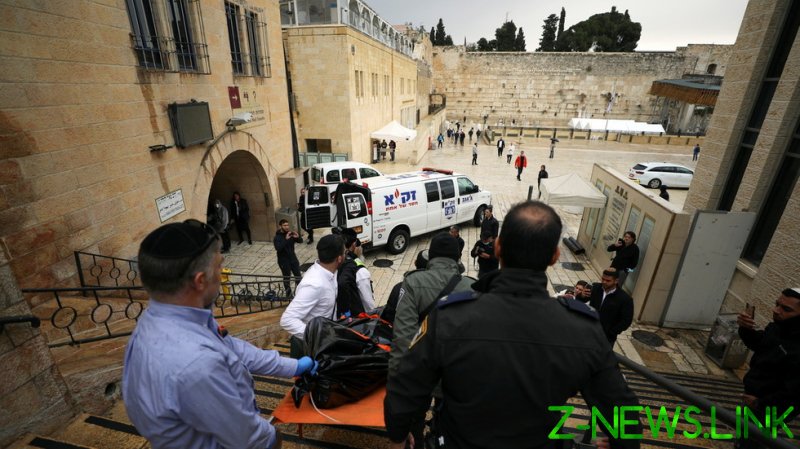 The civilian victims were taken to Shaare Zedek Medical Center. One, who was in his 30s, succumbed to his injuries at the hospital. The other, a 46-year-old, is said to have suffered moderate injuries. Two police officers were hurt by shrapnel.

In a video clip shared on social media and purportedly filmed at the scene, multiple gunshots could be heard amid agitated shouting. Security officers could then be seen standing around what appears to be a dead body. Witnesses speculated it was that of a “terrorist.”

The gunman, whose identity was not immediately disclosed, was killed during the incident. Police said he had used a homemade submachine gun.