“Gun machine” Warren Ellis came out of the printing

Series “Masters of Thriller”, which we not so long ago was said to have delivered the promised product. In there novel Warren Ellis’s “gun machine” (Machine Gun). The author is much more known for those who prefer picture books (Ellis had a hand in “Transmetropolitan”, “Iron man” and “Constantine”), now it’s time to further explore his writing talents.

After the shooting, which killed his partner, detective John Tallow finds a flat, brim full of weapons. When it is taken for forensics, it turns out that every pistol or machine gun linked to an unsolved murder, and many of them for many years.
Now the Tallow on the hands of hundreds of crimes, and he is faced with a real conspiracy, which involved many powerful people in new York, and also with the hunter, the worst serial killer in US history, whose goals and motives are much worse than any struggle for power.

“The father of cyberpunk,” William Gibson called the “Gun car” crazy police detective who is just one step away from turning into dark fantasy. Sounds sickly, right? And Cory Doctorow, another respected writer, said that “this is a novel that allows the reader to take a breath, a stunningly scary, extremely funny and relentless as the killer that prowls its pages.” Recommendation that is necessary.

“Gun machine” published by AST, with a circulation of 2,500 copies. On the Russian novel translated by Marina Osipova, she is a writer Ksenia Medvedovic.

The book is already available at online and offline stores, but for now, traditionally we read the introductory fragment. 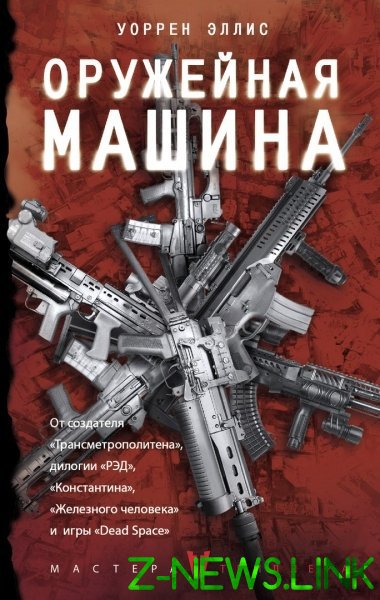