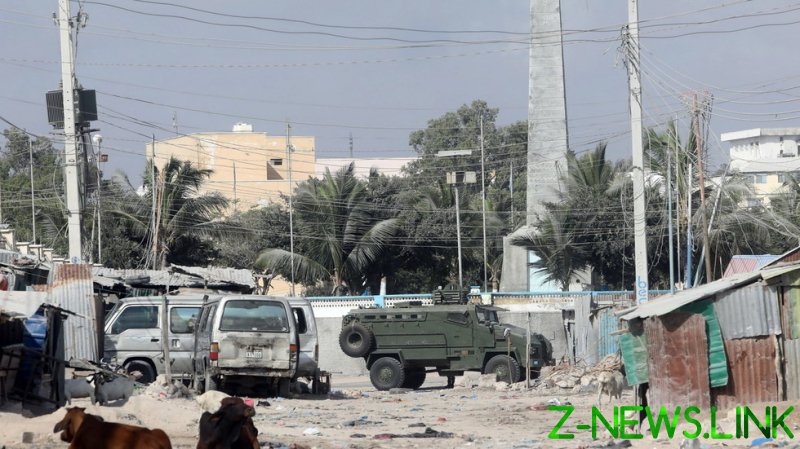 Intermittent heavy machine-gun fire and a series of explosions were heard throughout the night ahead of a formal, but illegal, anti-government demonstration on Friday.

“Many forces heavily attacked us, I am now on my chest in an alley. This is a massacre,” protester Farah Omar said.

Eyewitness footage from Mogadishu purports to show the severity of the fighting overnight, with protesters taking to the streets Friday morning regardless of the apparent danger and a government ban on demonstrations.

Somali lawmakers were due to select a new president on February 8, but the decision process was postponed amid a slew of accusations of election-rigging.

Further fracturing of Somalia’s already fragile government will play into the hands of the al-Qaeda-linked al-Shabaab insurgency which is ongoing for years, threatening the lives of civilians throughout the wider east African region.

Somalia’s former president, Sheikh Sharif Sheikh Ahmed, accused government forces of attacking a hotel where he was staying ahead of Friday’s planned demonstration.

Armored vehicles were seen patrolling the streets as civilians sheltered in place on Friday morning.

At least three people were killed and several more were injured in a car-bomb attack near the presidential palace last Saturday morning.

The country has been embroiled in a bitter civil war since 1991, with the situation likely to deteriorate amid this latest surge of violence.