Guinea’s neighbors ‘not ready’ for resurgent Ebola, says WHO, as risk of cross-border transmission ‘very high’ in West Africa 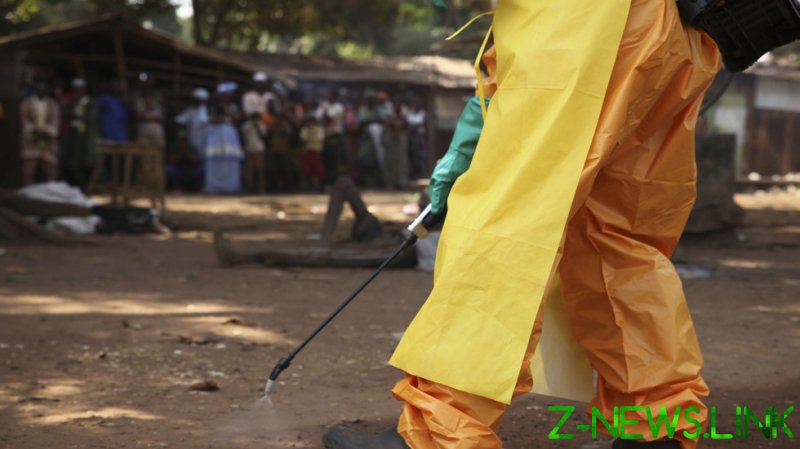 “There are six neighboring countries to Guinea, and we conducted an assessment of readiness. Two of the countries are not ready and one is borderline and there are three countries more or less ready,” WHO Regional Emergency Director Abdou Salam Gueye said on Friday, by videoconference from Guinea.

Guinea, which is bordered by Senegal, Guinea-Bissau, Mali, Ivory Coast, Sierra Leone, and Liberia, has registered 18 cases of the virus, and four of those people have died, the WHO’s Guinea representative, Georges Alfred Ki-Zerbo, said.

Gueye noted that none of the neighboring countries were prepared to start inoculating against the virus, adding that, regardless, there aren’t enough jabs available to vaccinate preventively.

“But those neighboring countries agreed on cross-border cooperation and coordination to control the outbreak,” he said.

Ki-Zerbo said that 1,604 people had been given the Ebola vaccine in Guinea, which is experiencing the first major outbreak of the virus since 2013-16 epidemic.

The 2013-16 outbreak in West Africa was larger than all previous outbreaks combined, with 28,646 reported cases and 11,323 registered deaths. Ebola is a highly infectious and deadly disease that causes hemorrhagic fever and internal bleeding. The virus is spread through contact with infected body fluids.

Ebola has also seen a resurgence in the Democratic Republic of Congo, with a number of cases confirmed in early February and two deaths.