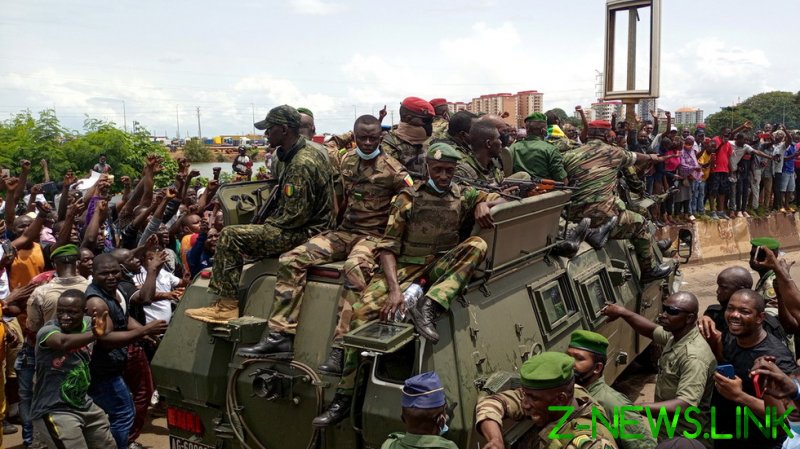 “A consultation will be carried out to define the major framework of the transition, then a government of national unity will be put in place to lead the transition,” Doumbouya told a meeting of ousted president Conde’s ministers and other senior officials on Monday. The coup leader, flanked by his soldiers donning red berets, told the officials that no “witch hunt” for members of the former government will follow.

“At the end of this transitional phase, we’ll set the tone for a new era for governance and economic development,” he added. Doumbouya, however, did not give any timeframe for the transition period or hint at when the country might return to democratic elections.

The coup leader also assured international investors that the recent events will not affect business operations and standing deals. The political uncertainty sparked by the coup has already caused a major spike in the price of bauxite – an ore used to produce aluminum.

“I can assure business and economic partners that activities will continue normally in the country. We are asking mining companies to continue their activities,” he said.

Guinea holds the world’s largest known reserves of the ore. While the coup prompted a scare in the markets, no actual shortage of supply due to the Guinean coup has been reported.

The western African nation was rocked by the coup on Sunday, when units led by former French legionnaire and the commander of special forces Doumbouya captured government buildings in the capital city of Conakry. The putschists arrested Guinea’s 83-year-old president Alpha Conde, accusing him of trampling on people’s rights and bringing the country’s economy into a “dysfunctional” state.

Shortly after the coup, the military announced closure of the country’s borders and voided Guinea’s constitution, which had been amended by Conde to allow him to run for office for the third term. The now-former president was re-elected last October amid violent opposition protests.

The coup has promptly garnered international condemnation, with the US State Department saying the development undermined efforts to bring Guinea toward “national unity and a brighter future.” UN Secretary-General Antonio Guterres condemned the “takeover of the government by force of the gun,” urging the immediate release of Conde. A similar sentiment was voiced by Moscow, with Russia’s Foreign Ministry condemning the “non-constitutional change of power,” urging the immediate release of the detained president and calling upon all parties to fix the crisis through negotiations.