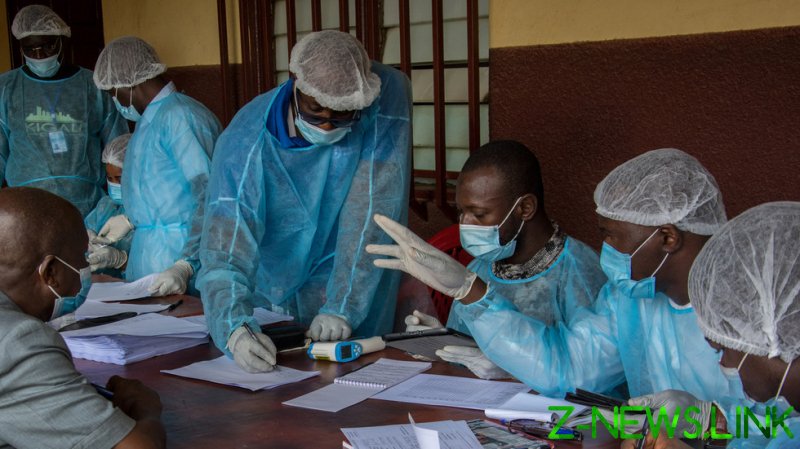 Health authorities in Guinea confirmed the case on Monday, the World Health Organization (WHO) said in a statement. The disease was found in Guinea’s southern Gueckedou prefecture.

A patient, who was later diagnosed with the Marburg disease, sought treatment at a local clinic in the Koundou area of Gueckedou last week. The patient has since succumbed to his illness after his condition rapidly deteriorated. Scientists at Guinea’s national hemorrhagic fever laboratory and the Institute Pasteur in Senegal later confirmed the diagnosis.

“The potential for the Marburg virus to spread far and wide means we need to stop it in its tracks,” said Matshidiso Moeti, the WHO Regional Director for Africa. “We are working with the health authorities to implement a swift response that builds on Guinea’s past experience and expertise in managing Ebola, which is transmitted in a similar way.”

The Marburg disease case was identified just two months after Guinea declared an end to an Ebola outbreak that hit the same prefecture earlier this year. The Marburg virus, which is similar to Ebola but has different antigenic properties, is transmitted to people from fruit bats and can be spread through direct contact with the bodily fluids of infected people, surfaces and materials.

The disease starts suddenly with a high fever, severe headache and malaise. It has a fatality rate that varies from 24 to 88 percent, depending on the virus strain and the effectiveness of the medical response. There are no vaccines or specific treatment against the virus itself, but some symptomatic treatment, including hydration with oral or intravenous fluids, can increase one’s chances of survival.

There have been 12 major Marburg outbreaks since 1967, when the virus was first discovered during an outbreak in Germany. All other outbreaks have been previously reported in various nations in central, southern and eastern Africa, including Angola, the Democratic Republic of the Congo, Kenya, South Africa and Uganda, according to the WHO.

Doctors in Guinea are now looking for all the potential contacts of the deceased person infected by the virus. Cross-border efforts have also been launched to track potential cases in neighboring countries. The WHO has also deployed what it called “an initial team” of 10 experts, including epidemiologists and socio-anthropologists, to investigate the case and support the national health authorities.