Home / WORLD / Guilty or innocent, Ghislaine Maxwell is a morally bankrupt monster & she’s exposed in all her horror in ‘Epstein’s Shadow’ doc

Guilty or innocent, Ghislaine Maxwell is a morally bankrupt monster & she’s exposed in all her horror in ‘Epstein’s Shadow’ doc 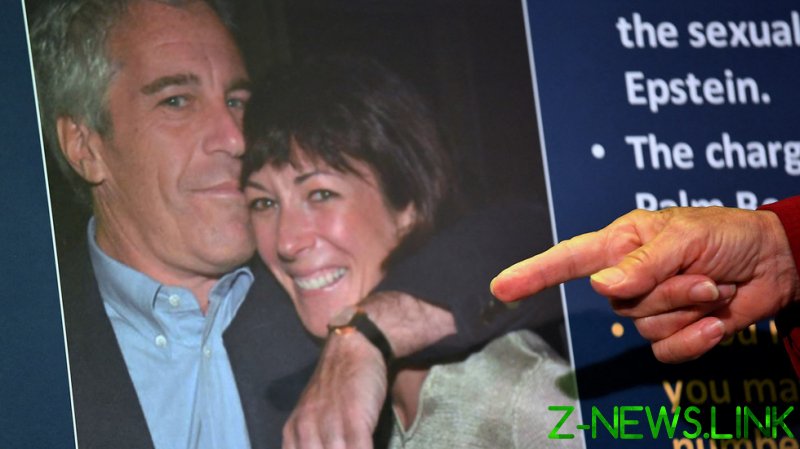 Binge-watching all three parts of Ghislaine Maxwell: Epstein’s Shadow was a long way from the entertaining experience I was expecting. Far from a fast-paced, bawdy romp through the bad behaviour of trans-Atlantic high society, it revealed a dark, sordid and totally corrupt parallel world that left me feeling kinda sick.

Whether it was pump-priming innocent teenagers for massages and sex with her naked boyfriend, promising the world to wide-eyed schoolgirls she was attempting to lure into their debauched orbit, launching a bonkers global campaign to sell off the world’s oceans or climbing the social ladder like a well-dressed gecko, not for a minute did I warm to Robert Maxwell’s youngest daughter.

So I have no sympathy for her as she languishes in Brooklyn’s Metropolitan Detention Centre, denied bail and awaiting trial on charges related to the sex trafficking of minors for her former boyfriend, financier and sex beast Jeffrey Epstein. The trial is expected to start in November this year.

There are many who don’t expect that to happen, of course. Because, as this thorough documentary is at pains to point out, the wealthy and powerful aren’t subject to the same rules as the rest of us. There is generally a legal technicality, a plea bargain to be struck or the friend of a friend prepared to look the other way to get someone off the hook.

In Maxwell’s case, she avoided embarrassing legal questions once before, when in 2008 Epstein thwarted an FBI investigation in Palm Beach, Florida, and pleaded guilty to state charges of soliciting minors for prostitution, copping a soft, day-released stretch of 18 months for himself. He also secured immunity from prosecution for any co-conspirators to his crimes, namely Ghislaine.

While that FBI probe did come back to bite the financier, Epstein is now dead, having apparently chosen suicide by his prison cell’s orange bedsheet rather than trial by jury, so we will never know the whole story. Now only his former lover remains to face the music and, as a number of legal experts predicted in this documentary, we could well see Maxwell adopt the strategy of blaming Epstein for everything, without fear of his denial.

The documentary suggested that – just like the underage girls she allegedly found in the art galleries, schools and streets of Manhattan and Palm Beach, so she could coerce them into having sex with Epstein and his powerful, grubby pals – Maxwell will claim that she, too, is a victim in all this. She will portray herself as a slavishly devoted handmaiden to a man who enchanted her at a vulnerable time in her life, and for whom she would have done anything.

This is nonsense, and rubbished by the former friends, lawyers and, most of all, the victims who Maxwell has left in her wake. What the documentary makes perfectly obvious is that she is a cold, calculating and damaged woman who believes she operates on a higher plane than the rest of us, and her arrest, detention and ample misfortune are all some silly mistake.

While it spent some time exploring Maxwell’s familial set-up, it’s impossible to watch this investigation without shuddering at the parallels between her relationship with Epstein and that which she enjoyed with her corrupt, now-dead father, the brutish Bob Maxwell.

As former Oxford University pal Anna Pasternak points out, “Ghislaine’s story is essentially ‘Daddy’s Little Girl’ and it all went horribly wrong when daddy turned out to be a crook.”

She continues, “It’s quite easy to see why a girl who had this father fixation, who was a daddy’s girl, would move on to this equally satanic father figure and do his bidding at whatever the cost.”

While it is understandable that the daughter who just lost the most influential figure in her life might simply have replaced like for like, the documentary found that Maxell had, in fact, been introduced to Epstein by her father in the 1980s, when the financier and the corpulent pension thief were involved together in arms-dealing and the shady world of Israeli intelligence.

So, when Ghislaine resurfaced in New York after Cap’n Bob went overboard on his yacht, the Lady Ghislaine, in the middle of the night near the Canary Islands in 1991, she already had someone to turn to, a provider, a father figure, even. Epstein.

Several long-term acquaintances – no-one describes themselves as a ‘friend’ of the disgraced socialite – recall the relationship between Ghislaine and Epstein always seemed more transactional rather than sexual or romantic.

It’s suggested that she longed to be Mrs Epstein. But even in a court deposition, when asked if she would describe herself as his girlfriend, Ghislaine demurs, “That’s a tricky question.” Surely a simple ‘yes’ or ‘no’ works here?

Ghislaine clearly doesn’t use our social framework. Boyfriends. Girlfriends. Who you are sleeping with is not important. It’s the influence you can derive from the relationship that matters. What doors do they open? Who do they know? Can you trust them? Falling deeply in love with someone is a waste of time if there’s nothing in it for you.

I don’t know the woman personally, although I do know a few among those interviewed on the documentary. And when they choose to call her cold, calculating, distant, a traitor to her sex and even ‘monstrous’ – these are folk, remember, who once called her a ‘friend’ – then I accept their appraisal.

For the next chapter in this sordid tale, we will just have to wait, although for the numerous women demanding justice, this really is too much. Most of those would have preferred Epstein to face trial rather than take the cowardly route out, and, while Maxwell may yet engineer a fix to her problems, she will most likely end up in jail for her alleged crimes.

The remarkable thing is that the network Epstein built, trafficking young girls handpicked by his house madam around the world on private jets, so filthy old men could have sex with them, might still be in full swing if not for a Florida mum’s suspicion.

When she discovered an unexplained $300 in her daughter’s trouser pocket after she had just returned from a visit to the Palm Beach home of a rich, powerful man, the concerned parent sounded the alarm.

Justice ultimately failed Epstein’s victims and although his paedophile network is no longer operating, there is a woman who holds many of the answers to what went on currently sitting in a prison cell before trial. When, or if, she chooses to speak later this year, the world will be listening. It is Ghislaine Maxwell’s final chance of redemption.